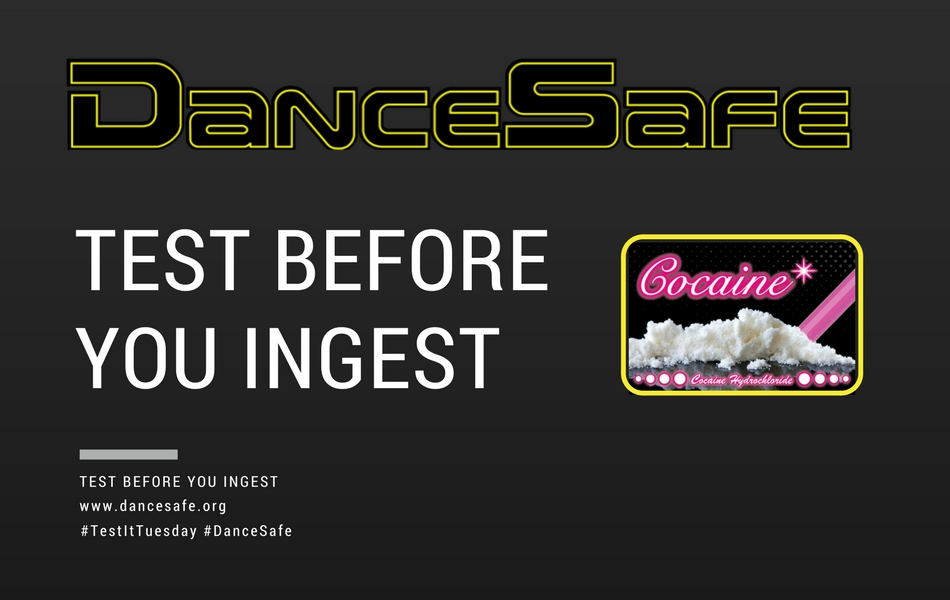 Let’s be honest, it is vital to test any substance you consume–or smoke, or snort, or inject, or boof. But for today’s #TestItTuesday alert, we stress the importance of testing cocaine, especially with the prevalence of fentanyl on the east coast black market. In June of this year, the New York City Health Department announced that it had seen a sharp increase in fatal overdoses involving a combination of fentanyl and cocaine over the last year, and had warned thousands of city health providers to educate any patients who use cocaine casually.

While reagent testing will help you identify adulterated or misrepresented substances, DanceSafe’s new fentanyl testing strips can help you identify the presence of fentanyl, a highly potent opioid analogue that is being cut into both stimulants such as cocaine, and depressants, such as heroin.

Always test before you ingest.