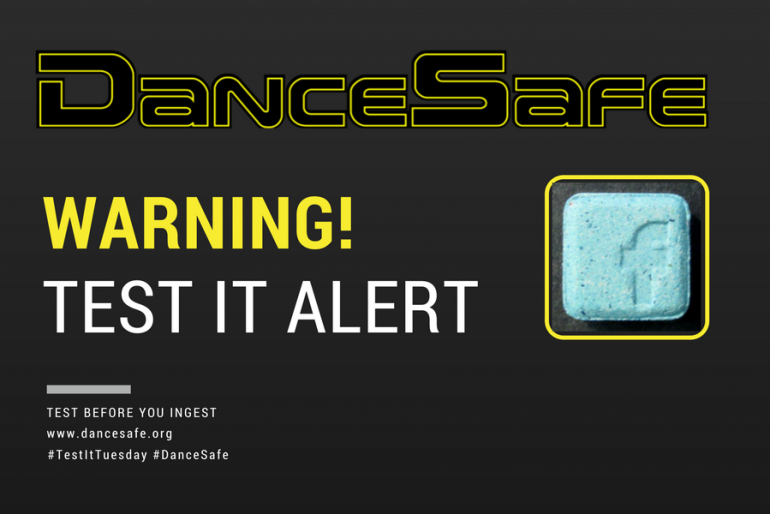 A blue square ‘Facebook’ tablet sourced from San Diego and sold as MDMA tested as TFMPP, caffeine, and methamphetamine. TFMPP is a synthetic piperazine that has effects often described as being somewhere between empathogens such as MDMA and entheogens such as psilocybin, mescaline, or LSD.