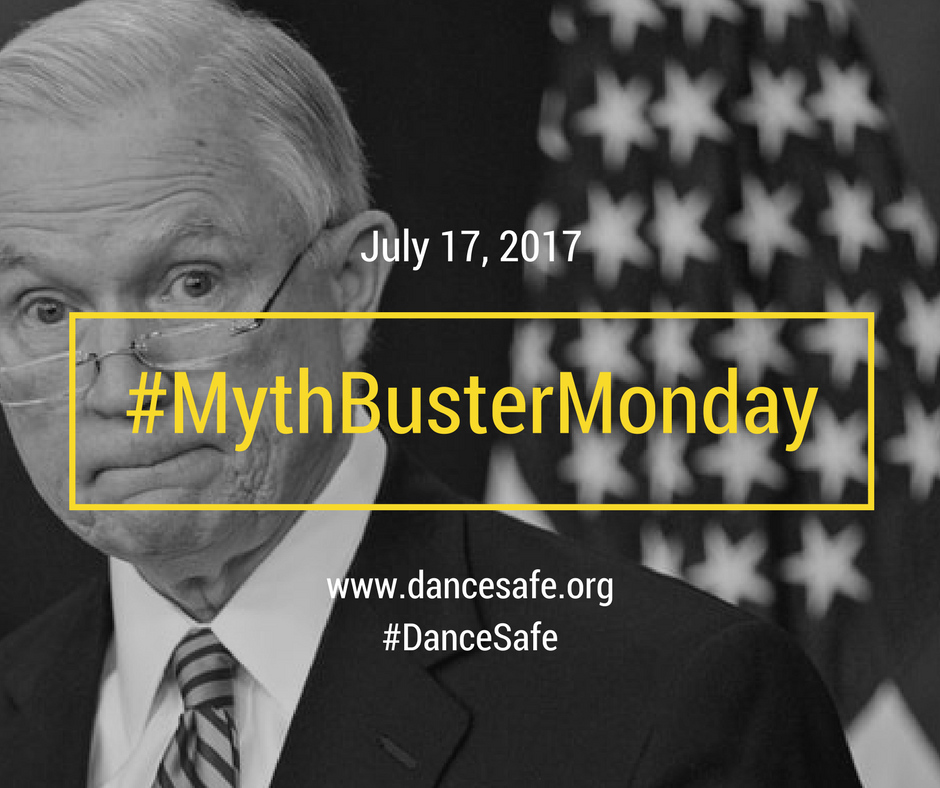 “D.A.R.E. – To Keep Kids Off Drugs.” If you were a kid growing up in the 80’s or 90’s, you remember this slogan. You might also remember going through the program in your elementary school, where police officers would come speak in your classroom and tell you to “Just Say No” to drugs. After years of evidence demonstrating the program’s ineffectiveness in actually reducing drug use among teens and adolescents, Attorney General Jeff Sessions has called for a reinstatement of the program.

The D.A.R.E. program was founded in 1983 as a partnership between the Los Angeles Police Department and LA public schools. The concept, which seemed simple and effective at the surface, was to have local police officers go to schools to talk to kids, “boosting the self-esteem of students so that they can resist the temptation to use drugs.” Eventually, the program was in place in up to 75% of the nation’s school districts. At its height of popularity, the program boasted an eight-figure budget, with much of that money coming from government sources and individual state affiliates.

In the years to follow, multiple evaluations of the program began to shed some light on its effectiveness as a public health program. The first wave of studies published in the early 1990’s didn’t find any evidence that the program was meeting its goals of reducing teen drug use. Other research, including a study partly funded by the Justice Department, came to the same conclusion: that D.A.R.E. had little to no impact on rates of teen drug use. In fact, one study suggested that students who went through the D.A.R.E. program were more likely to experiment with drugs than their peers who had not gone through the program. This is called the boomerang effect, where an attempt to persuade results in the adoption of an opposing position instead. In other words, telling a teen not to do drugs may actually result in that kid doing drugs just out of spite.

Regardless of the demonstrable evidence proving the ineffectiveness of the education program to actually curb teen drug use, Jeff Sessions stated the following last week while speaking at the Drug Abuse Resistance Education International Training Conference in Texas: “D.A.R.E. is, I think, as I indicated, the best remembered anti-drug program today. In recent years, people have not paid much attention to that message, but they are ready to hear it again.”

“We know it worked before and we can make it work again,” he continued.

Actually, Mr. Sessions, it didn’t work, and it still will not work today. Instead, let’s adopt a peer education model, where fact-based and unbiased information about drugs and drug use is spread, and which fosters a nonjudgmental environment where students can ask candid and relevant questions without fear of stigma or social repercussions. While the drug policy and harm reduction movements continue to garner momentum, statements like this from our country’s Attorney General sets our nation back decades. Let’s not make the same mistakes.