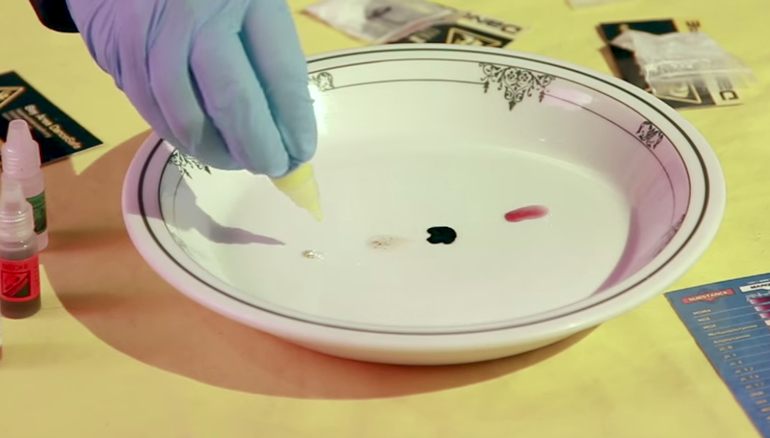 A new study by Johns Hopkins University published online in the Journal of Psychopharmacology concludes that individuals were significantly less likely to report intent to consume a substance marketed as MDMA if the substance did not test as such. Results also suggest that Molly is not a less-adulterated substance, as discussed in this week’s #MythBusterMonday blog post. The study used data collected by DanceSafe from on-site drug checking conducted at events between July 2010 and July 2015. The data was collected by DanceSafe volunteers Dr. Sarah Saleemi, researcher and physician at University of Illinois Chicago hospital, Dr. Steven Pennybaker, researcher and psychiatrist at UCSF, and former Executive Director Missi Wooldridge.

The study and its findings could not be more timely; the black market continues to become more adulterated, as new psychoactive substances and cheaper, potentially more dangerous substances enter the unregulated stream of commerce.  In fact, of the over 4,600 people surveyed across Canada about drugs and harm reduction practices, 66.3 percent said they were worried about their drugs being contaminated, and 81.3 percent said they wanted to see testing services made more widely available at festivals and events.

The results from the Johns Hopkins study provide scientific data that refute the argument from harm reduction opponents that such services only encourage illicit drug use. By taking an honest, compassionate approach to drug use, harm reduction provides people who choose to use drugs with information to make healthy, informed lifestyle choices. Now there is scientific evidence to show that people are more inclined to refuse to ingest a substance that is misrepresented or highly adulterated.

DanceSafe agrees with Johns Hopkins–law makers all over should consider a new approach to drug use, starting with exploring drug checking services.