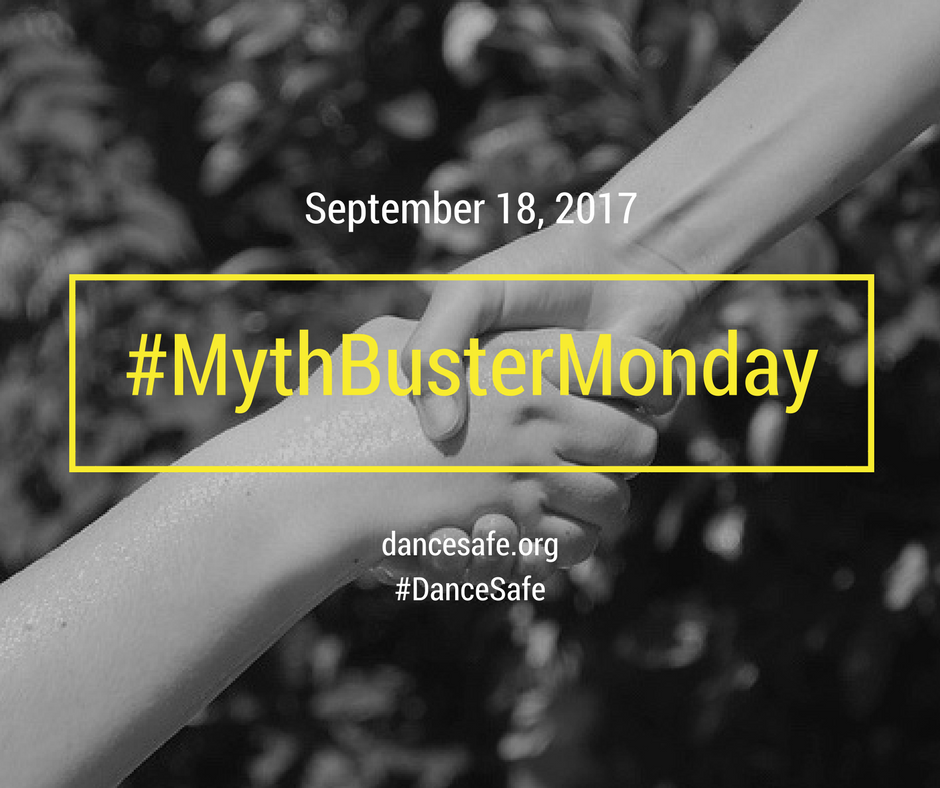 According to the Harm Reduction Coalition, harm reduction is a set of practical strategies and ideas aimed at reducing negative consequences associated with drug use.

Opponents often believe harm reduction condones drug use, but this is not the case, as we discussed in this earlier blog. Along these same lines and logic, some people also wrongfully believe that harm reduction does not support abstinence, a myth DanceSafe intends to debunk.

In its barest sense, harm reduction is a pragmatic approach to dealing with the health problems in our society that involve drug use. Harm reduction is based on the observation that regardless of whether is possible to convince everyone to abstain from using alcohol and other drugs, or eliminate the supply altogether, people are using drugs and there is no indication that this fact will change. While harm reduction neither promotes nor condones drug use, it recognizes that reducing associated harms is an exceedingly urgent and achievable goal over attempting to end all drug use.

That said, harm reduction and abstinence are not mutually exclusive. ​In other words, harm reduction involves setting up a hierarchy of goals, with the more immediate and realistic ones to be achieved first and then working towards reduced-risk use. For some, abstinence is the final goal; for others it isn’t. Harm reduction is therefore a pragmatic solution that balances costs and benefits, where the needs and interests of the greater community (beyond the immediate needs and interests of drug users) are inherently included in the approach. The overall aim is to decrease significant barriers to a sensible and sustainable future.

Therefore, abstinence can be a form of harm reduction, as it aims to help people reduce the risks and harms associated with drug use. Think of harm reduction as a spectrum: On one end there is drug use, and on the other end is abstinence. Harm reduction offers tools and information for people wherever they are on that spectrum. As they become more educated and have better access to effective harm reduction services, like needle exchanges, supervised injection facilities, and drug checking, they can begin to move along the spectrum to a position best suited for their needs, including eventually landing at abstinence if it is the best option for them.

All in all, wherever someone is in their life — and whether that person has intentions to stop all drug use or not — harm reduction is the best means to promote health and safety in communities.