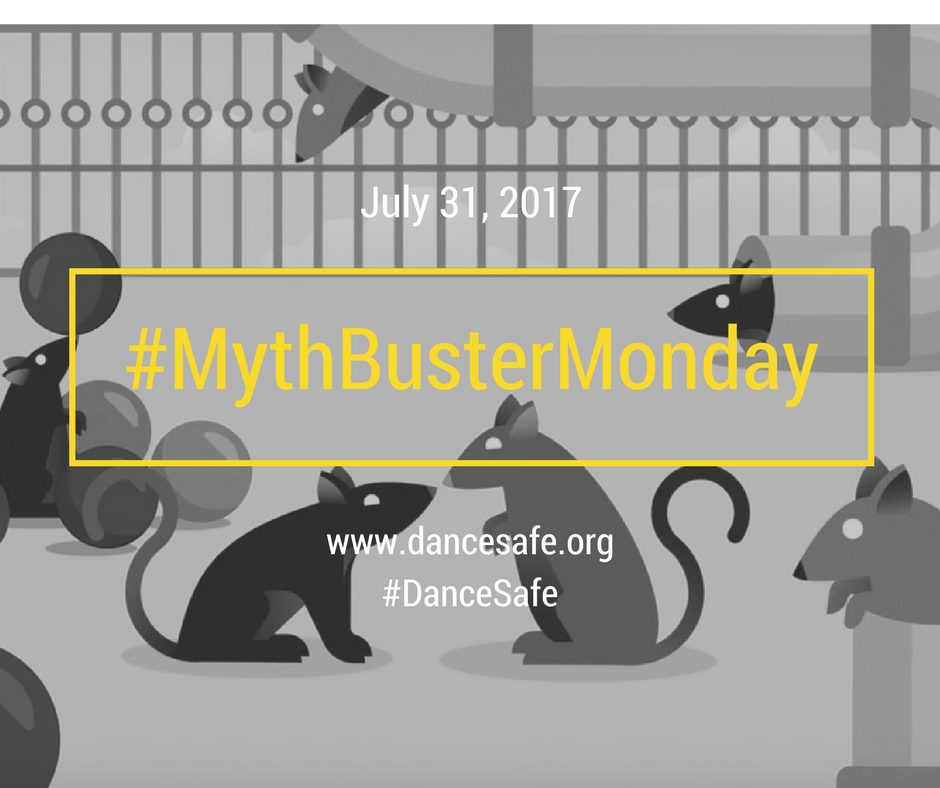 It’s Not the Chemicals, It’s the Cages

Drugs cause addiction*. It is a rhetoric deeply ingrained into the American psyche based on a series of rat experimentations that placed one rat alone in a cage with two water bottles–one containing cocaine or heroin, the other just water. The rat chose the cocaine- or heroin-laced water every time until it died. The results from this study prompted decades of fear-based propaganda labeling certain drugs as highly addictive, including this commercial that aired in the 1980’s by Partnership for a Drug-Free America.

But in the 1970s, a professor of Psychology in Vancouver named Bruce Alexander believed that the rat experiments were potentially flawed because the rats were kept in cages by themselves, with nothing else to do but to take the drugs. Alexander endeavored to recreate the experiment, but this time by placing the rats in Rat Park, a heaven for rodents that consisted of colorful balls, premium rat food, tunnels, and plenty of rat friends.

In Rat Park, the rats tried both water bottles, as they were unaware of which one contained drugs. However, once it was discovered which water contained the heroin or cocaine, the rats happily living in Rat Park chose to drink water most of the time. They consumed less than a quarter of the drugs the isolated rats used and none of the rodents in Rat Park died. The conclusions of the study showed that it wasn’t the drug that was causing addiction, it was the environment.

This conclusion was confirmed when Alexander took the test further–he recreated the first experiment by keeping the rats isolated in cages with both water bottles and let the rats consume the drugs for 57 days. He then took the rats out of isolation and placed them together in Rat Park. Although some rats exhibited signs of withdrawal, the rats sooned stopped their consumption of the drug water and integrated back into rat normality.

During the same time Alexander was conducting his Rat Park studies, the Vietnam War was happening. According to a study published in the Archives of General Psychiatry, 20% of Vietnam soldiers became addicted to heroin while serving in Vietnam. When the war ended and those soldiers returned home, the same study showed that 95% stopped using heroin. Johann Hari, author of Chasing the Scream: The First and Last Days of the War on Drugs, makes another compelling argument–that thousands of people who receive diamorphine (the medical name for heroin) for pain management in hospitals never become addicted to the opiate.

So what does this all mean? As this video states:

“It’s not the chemicals. It’s your cage. We need to think about addiction differently. Human beings have an innate need to bond and connect. When we are happy and healthy, we will bond with the people around us. But when we can’t because we are traumatized, isolated, or beaten down by life, we will bond with something that gives us some sense of relief. It might be endlessly checking a smartphone, it might be pornography, video games, reddit, gambling, or it might be cocaine. But we will bond with something because that is our human nature. Addiction is just one symptom of the crisis of disconnection that is happening all around us. We all feel it.

The war on drugs we have been fighting for almost a century now has made everything worse. Instead of helping people heal and getting their life together, we have cast them out from society. We have made it harder for them to get jobs and become stable. We take benefits and support away from them if we catch them with drugs. We throw them in prison cells which are literally cages. We put people who are not well in a situation that makes them worse and then hate them for not recovering. […] We have to build a society that looks a lot more like Rat Park and a lot less like those isolated cages. The opposite of addiction is not sobriety; the opposite of addiction is connection.”

*The word “addiction” is outdated, although this descriptor is still used as common vernacular among the general public. It is more appropriate to refer to “addiction” as substance use disorder, or substance dependence, depending on what the situation is.