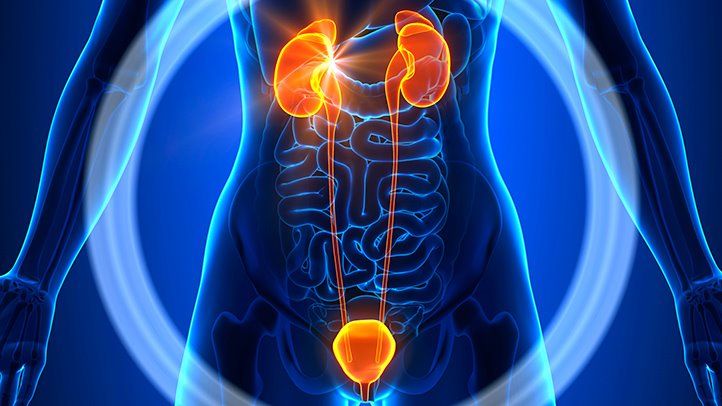 Ketamine Bladder Damage – What You Need to Know

Using ketamine can be fun, and recent studies have shown it to have antidepressant effects. (1) But using it too often can damage your bladder and result in a serious condition known as Ketamine Bladder Syndrome (a.k.a. Ketamine Cystitis).

Your bladder is a round sac behind your pelvic bone that holds urine. It is about the size of a grapefruit, but can stretch much larger when full.

When ketamine and its metabolites enter the bladder, they damage the epithelial cells of the bladder lining.(2) (3) These umbrella-shaped cells are designed to contain the urine, but if they become too damaged, urine can seep through, reaching the inner layers of the bladder wall and causing deeper damage (as well as a number of symptoms). 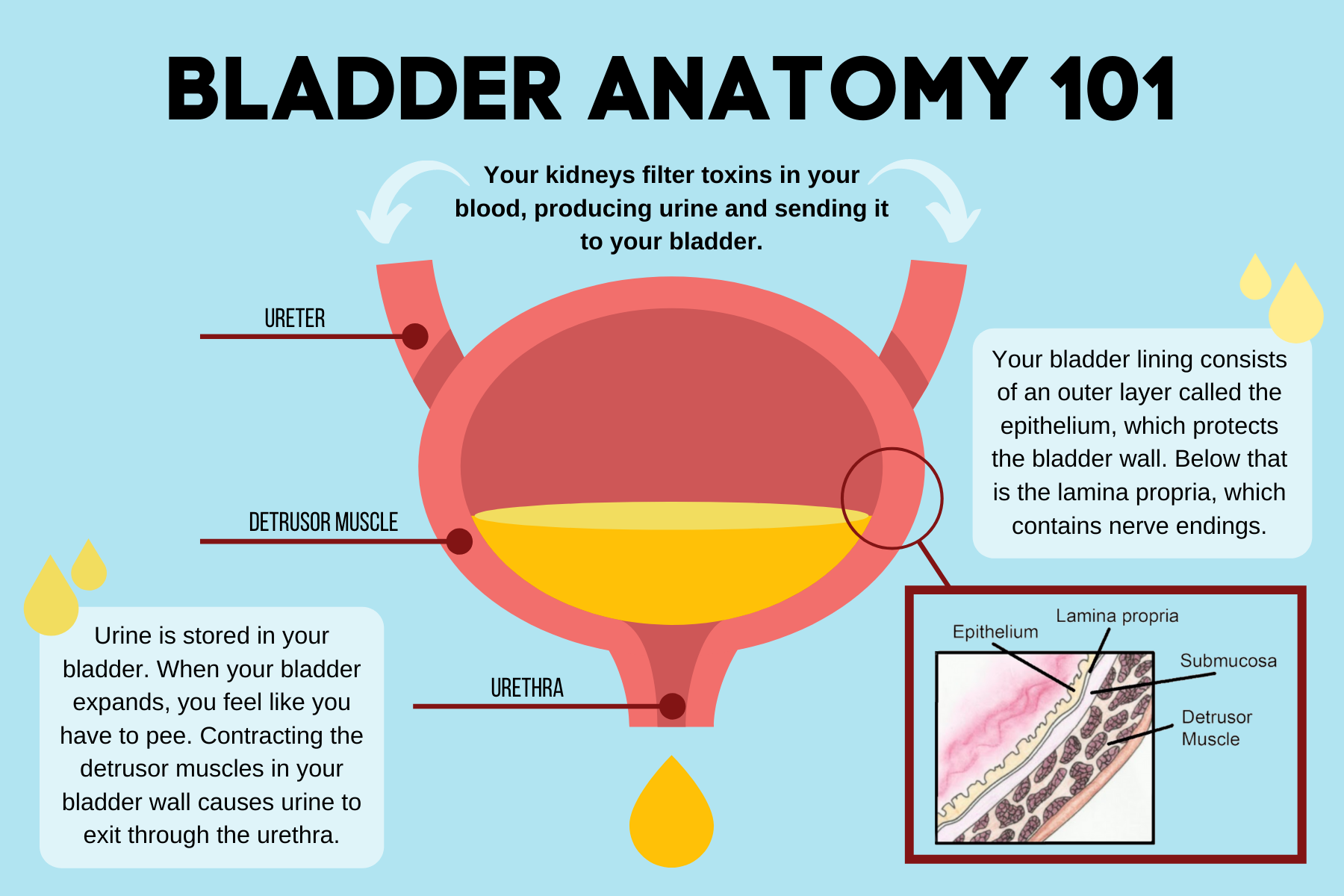 What are the symptoms?

Early symptoms of ketamine bladder syndrome include urinary frequency (having to pee more than usual), urgency (the feeling of needing to pee right away despite the bladder not being full) and pressure and pain behind the pelvic bone.

If damage continues, these symptoms get worse and you may also experience incontinence (urine leaking out when you don’t want it to) and blood in your urine. (Small amounts of blood can make your urine appear brownish-orange.) Your bladder capacity may shrink as the cells in your bladder wall become stiff and unable to expand. In men, ketamine cystitis can also result in erectile dysfunction (inability to get or maintain an erection).(4) 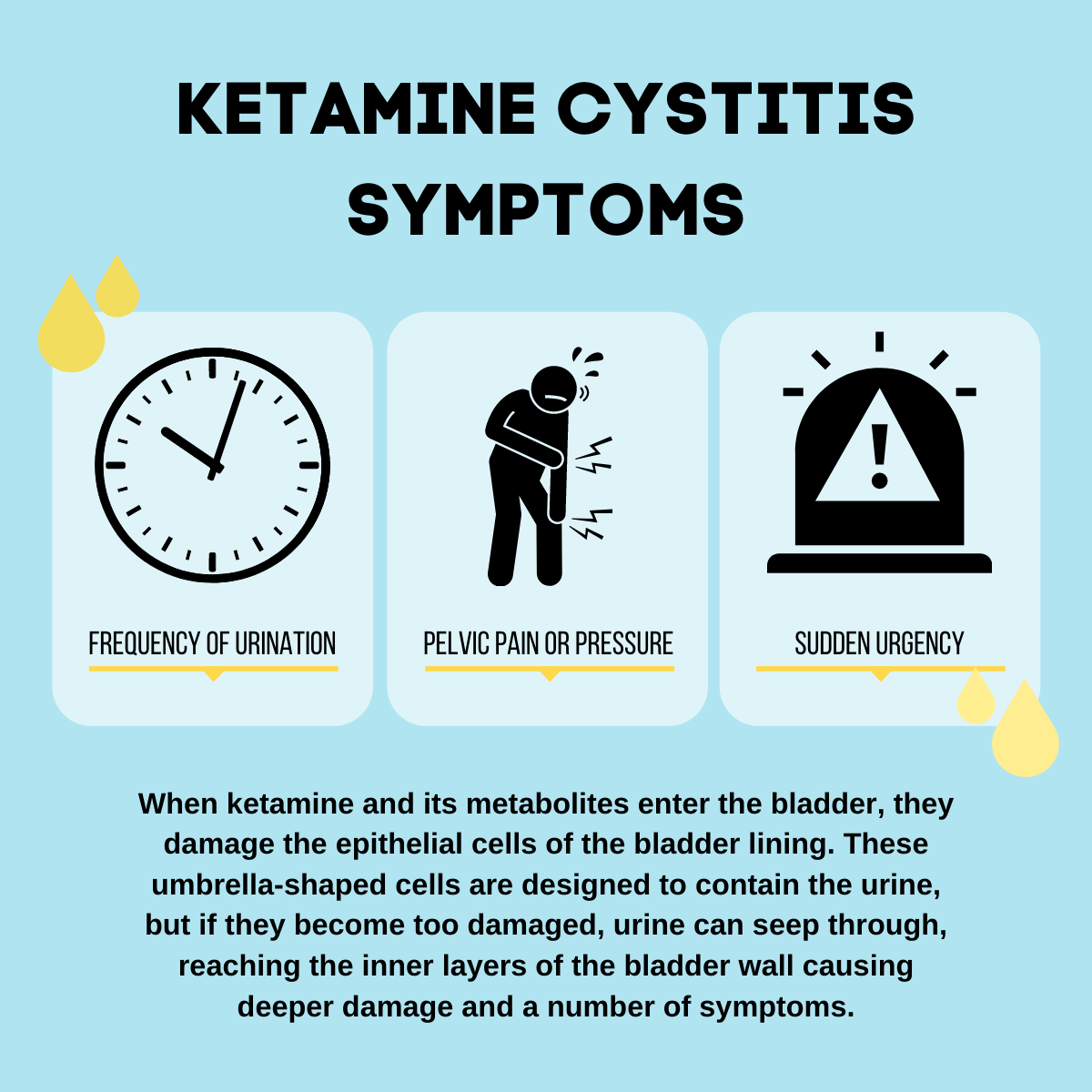 Is the damage permanent?

If the damage goes too far, yes. Ketamine cystitis can be debilitating and permanent if the bladder becomes so damaged that it is unable to repair itself. However, in the early stages, abstinence (quitting ketamine completely) typically results in either a total or a significant reduction of symptoms.(5)

How much ketamine is too much?

This is hard to say, because some people appear to be more susceptible to ketamine bladder damage than others. Also, because ketamine bladder syndrome is a fairly recent phenomenon (the first known case occurred in 2007), most published studies have focused only on extreme cases, where people had used multiple grams of ketamine every day for a year or more. However, there is evidence that ketamine can cause symptomatic bladder damage even in moderate, recreational users. The largest-to-date survey of recent ketamine users, for example, found that 26.6% had experienced at least one of the above symptoms, and the majority of these people (70%) said they only used ketamine 1-4 days per month.(6)

While a bladder-safe level of ketamine use differs for everyone, in general using higher doses and using more frequently increases the risk.

Am I experiencing symptoms?

Symptoms of ketamine cystitis can come on slowly. If you use ketamine, take notice of how often you pee, and whether you are experiencing greater than usual urgency to pee. Can you sleep through the night without waking up to pee? Pay attention to any unusual pain or discomfort in the pelvic area. All of these could be symptoms of early ketamine cystitis. If they are related to ketamine, the symptoms will remain even on days you do not use ketamine. Many drugs such as MDMA, cocaine, and others can make you urinate much more frequently while you are using them, or just after. These short-term urination changes from a night of drug use are not the same thing as the long-term effects of ketamine, so be careful not to confuse them.

Be aware: These symptoms could also be the result of a lower urinary tract infection (UTI). UTIs are far more common in women than in men. To rule out a UTI, you will need to see a doctor and get a urinalysis (you pee in a cup and a lab tests your urine for bacteria). UTIs can be easily treated with antibiotics.

What if I think I am experiencing symptoms?

If you think you are experiencing symptoms of ketamine cystitis, the most important thing to do is stop using ketamine. While it could take months before noticing an improvement, abstinence often reverses or significantly reduces symptoms in a majority of people.

Be careful: Because ketamine is a pain reliever, some people with ketamine cystitis have reported that before they realized what was going on, they would use ketamine more often to relieve their bladder pain, which only caused more damage and more pain in the long run.

If your symptoms are bad enough, go see a doctor. There are treatments for ketamine cystitis, both to relieve pain as well as to heal the bladder. Support and resources are also available from the Ketamine Cystitis Network (www.ketaminecystitis.org).

What can I do if I still choose to use ketamine?

The best thing you can do is reduce the amount and frequency of your use. There is also evidence from one study that an extract of green tea called epigallocatechin gallate (EGCG) can limit the extent of ketamine bladder damage in rats.(7) This is a single study and no studies have been done on humans, so the potential bladder protection effects of EGCG have not yet been proven. Nonetheless, it might be beneficial, if you choose to use ketamine, to drink green tea or take an EGCG supplement an hour or two beforehand. Be aware, however, that taken too frequently or in too large a dose, EGCG can, itself, be toxic to the liver. Doses of 800mg or more a day of EGCG has been associated with abnormal liver functioning.(8) (A single cup of green tea has about 50-100mg of EGCG).

Can ketamine damage other organs in the body?

Yes. Long term use of ketamine can also damage the gallbladder, which contains epithelial cells.(9) and growing evidence suggests it can damage a number of other organs as well.(10)

Special thanks to Dan Miethke and EyesWideOpen Harm Reduction for EGCG information.