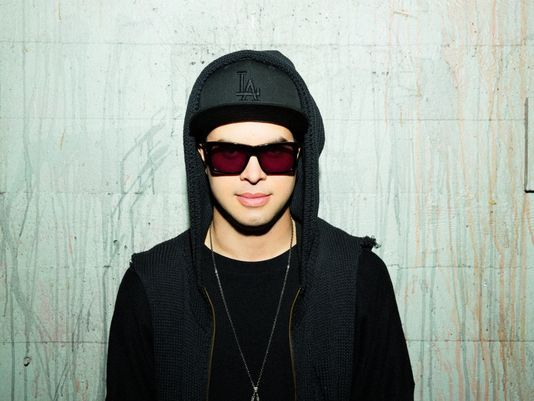 Let’s Talk About Datsik and Rape Culture in Our Community

#TimesUp! Sadly, news regarding sexual misconduct and rape has broken again within our community. This time Datsik has been accused of multiple instances of sexual abuse. There’s been a range of responses from community members including patrons, other artists, and Datsik himself. We agree with Excision that this is a “necessary wake up call” and want to take this time to bring attention to this important topic by constructively discussing how we, as a community, can do better moving forward when these situations arise.

First things first, we must acknowledge that rape culture permeates all social boundaries and that our community is not immune to its underpinnings. This is not to say that our community in its entirety perpetuates rape culture, but rather that regardless of where each one of us is in our understanding of consent, there’s always room for improvement. If we remain humble and create space for our own growth, we have the opportunity to band together to dismantle rape culture and build a consent culture within our community.

That said, this incredibly disappointing situation has transcended Datsik’s poor behavior and subsequent response to include the blaming and silencing of victims/survivors by our own peers. In an effort to combat these rampant displays of rape culture, we’ve selected several popular and problematic comments from various posts across social media, categorized them based on their contents, and provided responses to them below.

We encourage everyone in our community to recognize the following content as an invitation to be better.

Examples: (1) “No one goes onto a tour bus to eat cookies and sing songs” (2) “only idiots think that after parties and party buses got nothing going on but jump rope and tea parties”

At DanceSafe, we are the last people to deny that sex and/or substance use takes place in the electronic music and nightlife communities. However, we also know that under no circumstance is someone asking to be raped. This type of response is an example of victim blaming, “when the victim of a crime or any wrongful act is held entirely or partially responsible for the harm that befell them.” Again, no one is ever asking to be raped.

Also, consider the other implications of this statement. Victim blaming is dangerous because it creates an environment in which it’s that much harder to come forward and report abuse. What if one of your friends have not come forward about their own experience(s)? If a survivor thinks that others blame them for their own abuse, they will not feel safe or comfortable coming forward and talking about their traumatic experience(s).

Last, but not least, consider why victim blaming takes place at all. For example, victim blaming may come as a result of someone trying to distance themselves from a situation to make themselves feel safe. People reassure themselves by thinking, “Because I am not like the victim/survivor, because I do not do that, this would never happen to me.” While we agree it’s scary that this could happen to you or a friend, the reality is that this is false sense of security that harms others in the process.

Response #2: “He doesn’t need to rape someone to get laid.”

This is a common misconception in which people believe that sexual assault is about sex. Sexual assault isn’t about sex, it’s about power and control. Sexual assault happens because perpetrators feel entitled to other people’s bodies and put their desires over the survivor’s agency to consent. This is especially true in cases of asymmetrical power dynamics, “where the perpetrator occupies a more powerful or dominant position in relation to the victim.” In such situations, the perpetrator is able to control by “dangling enticements with one hand and wielding threats, implied or explicit, with the other.”

It’s vital that our community comes to understand this misconception and its relationship to asymmetrical power dynamics especially as our society witnesses the “Weinstein ripple effect.” Furthermore, it’s important to understand when and how asymmetrical power dynamics like this take place in our day to day lives such as in the workplace. Through this understanding, our community can take strides towards truly creating a consent culture.

Examples: (1) “I guess when it comes to rape you’re guilty until proven innocent??” (2) “Innocent until proven guilty. Need all the cold hard evidence and then I can make a judgment”

While it’s true that people are “innocent until proven guilty,” this statement is dismissive. In a world where victim blaming is rampant, it’s important that we work to create an environment in which survivors feel comfortable and are supported. Take a moment and reflect, “Is ‘innocent until proven guilty’ really the most constructive response?” Energy would be better placed in holding space for survivors while allowing for due process to take place in the judicial system.

Additionally, it’s important to note that the vast majority of perpetrators will not go to jail or prison. In fact, RAAIN reports that “perpetrators of sexual violence are less likely to go to jail or prison than other criminals.” This occurs for a number of reasons including survivors not reporting cases of sexual violence due to fear of retaliation, social stigmatization and rejection, slut shaming, revictimization and retraumatization, and even costs associated with legal proceedings.

Finally, it is worth mentioning that the justice system is flawed, and riddled with personal interest, race implications, and politics. Have we already forgotten what we learned in the cases of Brock Turner, Bill Cosby, etc? Not to mention, the bureaucratic process itself has its flaws such as the DNA backlog.

Response #4: “This could be a false accusation.”

For example, did you know that “when one looks at a series of fabricated sexual assaults […] patterns immediately begin to emerge? The most striking of these is that, almost invariably, adult false accusers who persist in pursuing charges have a previous history of bizarre fabrications or criminal fraud.” Their motivations are oftentimes related to personal gain, mental illness, revenge, or a need for an alibi. It is detrimental for survivors to be labeled as false accusers, as these two groups are not the same and share distinctly different characteristics.

All in all, we get it, it’s tough to hear that someone you look up to or admire has been accused of sexual violence. However, this should not be used as a reason to perpetuate rape culture within our community. We are all a part of something much bigger, and the EDM communities are special places to gather, connect, transcend, and radically express oneself around others free of judgment. People find electronic music and its spaces to be familial, safe places to let their guard down and dance, trusting that the strangers around them will play a part in the magic of the night. We all owe it to each other to continue cultivating safe places for EDM fans to enjoy music and each other’s company.

Now, more than ever, it’s time to educate ourselves regarding the topics of rape culture and its relationship to sexual violence, what we can do to prevent it, and what we can do if it happens to us or a friend. While it’s true the only person responsible for committing sexual violence is a perpetrator, we all have the ability to look out for each other’s safety.

Again, we encourage everyone in our community to recognize this as an invitation to be better in both language and in action.This short response is just the tip of the iceberg and not our final word on the topic. Rather, this is just the beginning as we prepare to launch #WeLoveConsent, a program which seeks to help dismantle rape culture and build a consent culture within the electronic music and nightlife communities. We hope you all will join us in these efforts to bring about real and meaningful change within our community.