Myth: Everyone is Treated Equally Under Current Drug Laws | DanceSafe 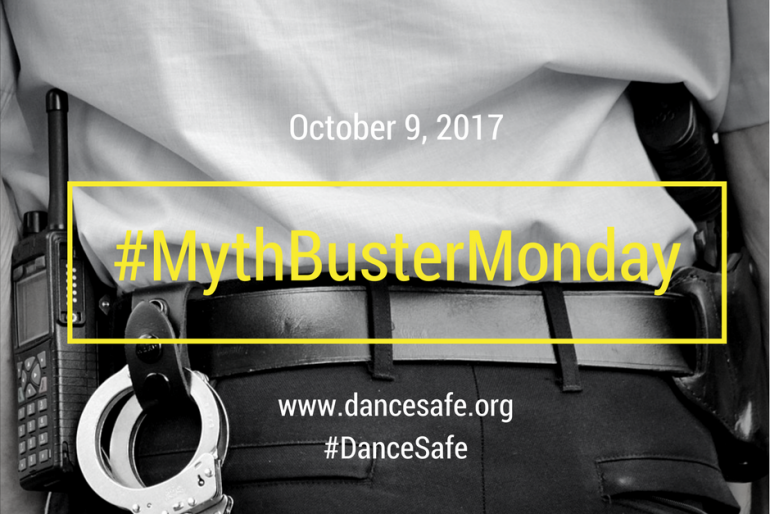 This week, over 1,500 people representing over 80 countries will gather in Atlanta at the International Drug Policy Reform Conference hosted by the Drug Policy Alliance (DPA), where attendees will participate in panels, talks, and other events centered around the failed Drug War (including us). In the wake of this global gathering for drug policy reform, today’s #MythBusterMonday debunks the sentiment that “everyone is treated equally under current drug laws.”

On the contrary, America’s drug laws have and continue to systematically target communities of color, causing a grossly disproportionate impact on BIPOC Americans. One needs only to look at America’s crack cocaine laws and the enforcement of mandatory minimum sentencing. In 1986, the Anti-Drug Abuse Act was passed by Congress, mandating a minimum sentence of five years for a person convicted of trafficking five grams of crack cocaine. However, for someone to receive the same sentence for selling powder cocaine, possession of 500 grams of cocaine was needed — 100 times the amount of crack cocaine.

What is the difference between cocaine and crack cocaine? Crack is cocaine with baking soda in it, and it’s smoked instead of snorted. That’s it.

The gross disparity under the Act accounts for the public perception that crack cocaine is substantially more dangerous than powder cocaine, something that has been disproved by rigorous scientific study conducted by Dr. Carl Hart. 85% of those convicted of crack cocaine offenses are Black, even though the majority of crack cocaine users are white.

Despite small incremental improvements that have taken place (President Obama signed the Fair Sentencing Act into law, reducing the sentencing disparity between crack cocaine and powder cocaine from 100:1 to 18:1), the system continues to target low-income communities and people of color. America now incarcerates more people than any other country in the world. 57% of people incarcerated for a drug offense in state prison are Black or Latino, even though these groups use and sell drugs at similar rates as white people. One in nine Black children has an incarcerated parent, compared to one in 28 Latinx children and one in 57 white children. A substantial number of those incarcerated are for nonviolent drug law violations.

As the DPA states:

“Although rates of drug use and selling are comparable across racial lines, people of color are far more likely to be stopped, searched, arrested, prosecuted, convicted and incarcerated for drug law violations than are whites.

Higher arrest and incarceration rates for African Americans and Latinos are not reflective of increased prevalence of drug use or sales in these communities, but rather of a law enforcement focus on urban areas, on lower-income communities and on communities of color as well as inequitable treatment by the criminal justice system.”