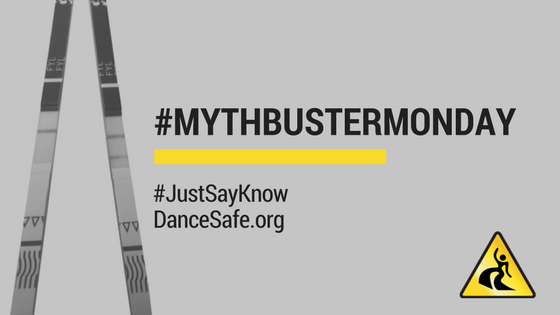 Myth: You Can’t Test for Fentanyl in Street Drugs

Yes, you can and should test your drugs for fentanyl!

With the rise of fentanyl-cut drugs on the black market, testing your substances is more important than ever. Fentanyl, a potent synthetic opioid knowingly fatal at low quantities, is being used recklessly as an adulterant in heroin, and now more recently in cocaine, across the United States and Canada.

Understandably, some people may be under the impression that there is no way to test for fentanyl as it is not detectable with current drug checking reagents, the most common form of drug checking available to the public. And up until pretty recently, you couldn’t.

However, this is no longer the case! As of 2016, Insite of Vancouver, Canada, North America’s first legal supervised injection site, began using urine analysis strips to detect fentanyl in drugs (mostly heroin). Following suit, DanceSafe teamed up with the University of California San Francisco and conducted a study assessing five different immunoassay fentanyl test strips for their effectiveness at detecting fentanyl and its various analogs at concentrations typically found in street drugs.

Although none of the five strips detected all of the fentanyl-related analogs, and one Chinese-manufactured strip did not work at all, one brand manufactured by the Canadian company, BTNX, did detect most of them, including carfentanil, an extremely potent synthetic opioid hundreds of times stronger than fentanyl. The strips detected fentanyl and most of its analogs at minuscule concentrations, making them a potentially life-saving harm reduction tool.

DanceSafe now offers these strips through its website to harm reduction service providers and drug consumers alike in the hopes of reducing fentanyl-related fatalities. While the testing strips can identify most fentanyl-related analogues, there are still limitations that every consumer and harm reductionist should be aware of when testing. There is a concern that the strips could give consumers a false sense of security due to the potential of false negatives; however, there currently is no better alternative for people who are worried about fentanyl-adulterated drugs.

As stated by the Washington DC Council in its recent emergency resolution to temporarily remove drug testing kits from the definition of illegal paraphernalia, “Testing kits can be used to determine whether licit or illicit drugs contain unknown adulterants such as fentanyl and fentanyl analogues. […] No test is infallible. However, testing opioids to ensure they do not contain fentanyl is a proven measure to reduce mortality and harms to drug users. It also provides valuable information about trends in the drug supply that can be used to benefit public health.

With this in mind, we hope more individuals and organizations come to understand drug checking and its place within the opioid epidemic and public health as a whole – as a potentially life saving tool.