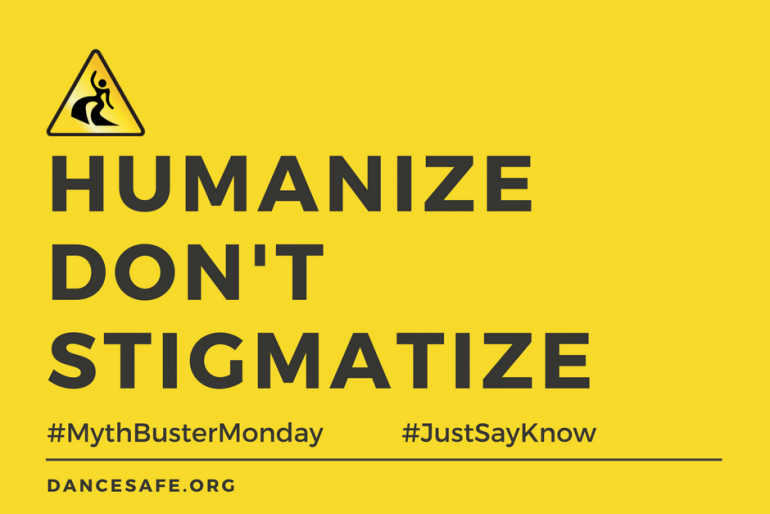 Nice people use drugs. Troubled people use drugs, professionals use drugs. Parents, teenagers, and government officials use drugs. Students use drugs, and professors use drugs. If you drink a cup of coffee in the morning, or unwind after work with a glass of wine or a craft beer, you use drugs. If you take Advil for pain, or use Adderall to concentrate, or Xanax to help with anxiety, you are using drugs. As history will tell it, humans have been using substances to alter their brain chemistry since the beginning of time. So why are some people who choose to use certain drugs labeled “bad” in society’s standards? Why does society criminalize, stigmatize, and alienate certain people?

The concept of morality around drug use is built on racist underpinnings and has been constructed by laws and policy that are based on white, anglo-saxon Christian values. The stigma associated with drug use has deep roots, and has been perpetuated throughout our nation’s history–the demonization of drug use by the Chinese, Mexicans, and blacks in the 19th and 20th centuries; reefer madness in the late 1930’s and early 40’s; war against the counterculture in the 1960’s and 70’s; the declared “War on Drugs” during the Nixon era in the 1980’s; minimum sentencing laws in the 1990’s and 2000’s; and now, in 2017, under Jeff Session’s anti-drug, pro-D.A.R.E. watch.

The media and the government spewed false propaganda to sway public opinion about drugs and drug use. Fear tactics were used to create baseless hysteria that spread like wildfire across the nation. It was on this hysteria that the labeling and categorizing of certain people who use drugs as “bad” or “immoral” or “dangerous” started. Drug policy was then shaped around this mass demonization, creating harsh criminal penalties for possession and distribution. Drug laws are disproportionately enforced against communities of color, and today, more people are incarcerated in American than in any other country.

For others, substance use may become chaotic, which sometimes leads to the development of a dependent relationship with a substance. When someone develops a problematic relationship with a substance, that person should be treated with compassion. They should have health resources available to them, and they should be able to receive nonjudgmental support from our government and their peers. Instead, they are criminalized, incarcerated, and further alienated from society.

As we have discussed in a previous blog, this ostracization from others is what may perpetuate drug abuse. Those who develop a problematic relationship with a substance are not inherently bad people. Their chaotic drug use may lead to behaviors that are unfavorable, but that doesn’t mean they don’t deserve a second chance or to receive effective support and treatment. In countries where drug use is treated as a health issue, and where harm reduction services are available like needle exchange programs and supervised injection facilities, there is a noticeably different outcome than in America–drug abuse drops, and overdose deaths are prevented.

It’s time to begin humanizing, rather than stigmatizing. As humans continue to evolve, so does social policy. Soon, the popular opinion will be that people who use drugs are not bad, regardless of the relationship they may or may not form with a substance. In the end, love prevails, and sometimes some people just need a little extra support and compassion.