No, Fido is Not High on the LSD You Took | DanceSafe 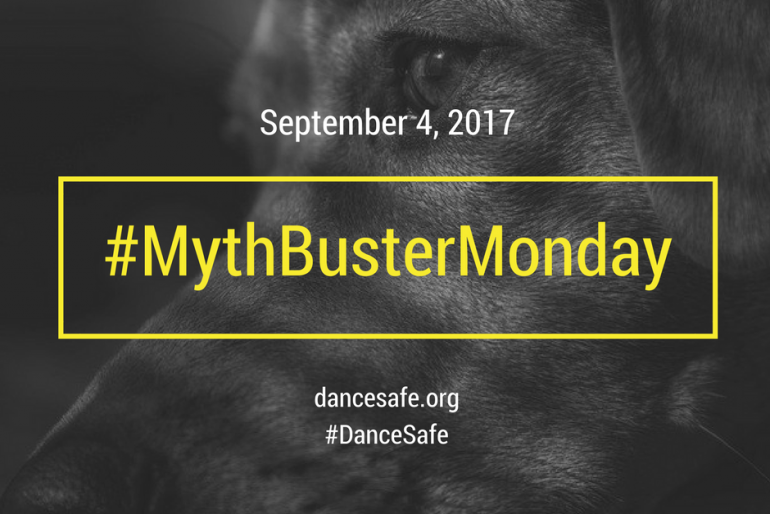 Long before “fake news” was a coined term, people started believing that if they were tripping (on LSD) or rolling (on MDMA) and they pet their dog or cat, their animal would begin feeling the effects of the drug. This myth spread like wildfire, and it is still alive and circulated today. However, there is no scientific backing to support this contention, and with what we know about how these psychedelics effect the body, this statement is false.

The myth goes that excretions from the pores on your skin, notably your palms, will transfer trace amounts of whatever drug was ingested to your pet. Although there is anecdotal evidence to suggest that animals act different around people who are under the influence of psychedelics, this cannot be attributed to the unsound belief that the drug was transdermally transmitted from human to animal by touch.

Until science proves it otherwise, DanceSafe deems this a myth to be busted on this fine Monday afternoon. Educate yourself before spreading misinformation, and don’t neglect your doggy because you’re afraid to pet them. They may be picking up on your enhanced vibes, but they are most certainly not feeling the effects of the drugs.