No, Nitrous Does Not Deprive Your Brain of Oxygen | DanceSafe 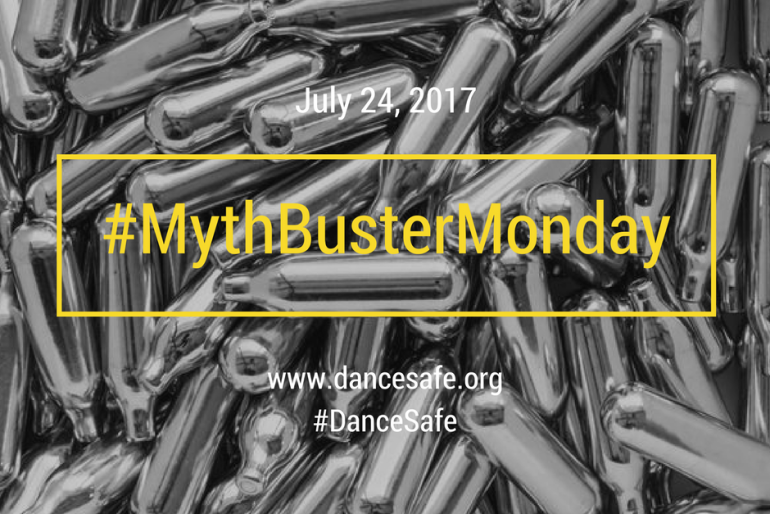 Nitrous oxide (often referred to as laughing gas, whippets, cartridges, hippy crack, N2O, or nangs) is a gas inhalant used medically and recreationally as an anesthetic agent. It is often believed that the effects of nitrous, which include euphoria, sound distortion, and minor to strong hallucinations, is caused by oxygen deprivation to the brain. This is a common misconception.

Nitrous oxide on its own has low potency and many consider it an inert, benign gas that has little if any influence on vital physiologic functions (though this is not true when nitrous oxide is combined with other anesthetics, sedatives, or opioids). This is why it can be used safely as an anesthetic for minor dental and medical procedures. This is not to suggest, however, that nitrous oxide use is completely safe; all drug use comes with risks.

Review of scientific literature on the effects of nitrous oxide shows no evidence that the gas decreases oxygen flow to the brain, nor that it kills brain cells. The mechanisms of action, or how the effects of nitrous are caused, are unknown. The leading theory is that it likely involves an interaction with the endogenous opioid system because it is abolished by administration of the opioid antagonist, naloxone. The strongest evidence suggests that nitrous oxide stimulates release of enkephalins, which bind to opioid receptors that trigger descending noradrenergic pathways, a mechanism of pain modulation.

There is no scientific data to support the theory that nitrous oxide reduces oxygen flow to the brain, causing the dream-like, euphoric state often obtained by inhaling the gas. In fact, Erowid states that effects of nitrous on the central nervous system include “cerebral vasodilation and increased cerebral blood flow”–meaning increased oxygen flow to the brain. Principal adverse effects include nausea, vomiting, dizziness, increased respiratory rate, and hypotension (low blood pressure). Chronic exposure to the gas can cause damage to bone marrow and the nervous system by interfering with the actions of vitamin B-12.

The claims floating around the internet that nitrous oxide restricts oxygen flow to the brain are not substantiated by science or fact. It is the spreading of misinformation such as this that perpetuates the stigma associated with drugs and drug use. Always do your own research about a substance before ingesting (or in this case, inhaling). For more information on nitrous oxide and harm reduction practices, click here.