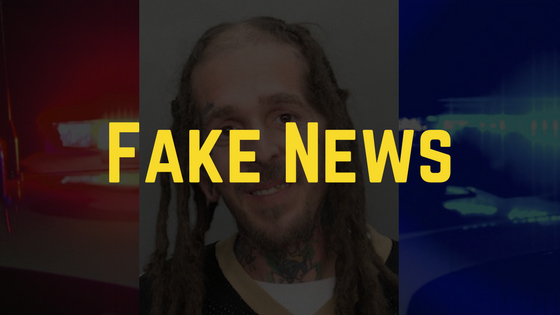 We find it necessary to address this recent article that has been floating around the internet claiming that “[a] former employee of the Los Angeles Department of Water and Power (LADWP) has been arrested this week after allegedly attempting to poison the city’s water supply with a potentially dangerous synthetic hallucinogen.”

The article, which went viral enough to warrant its own reddit thread, was originally published on World News Daily Report, a website that at first glance appears to be another online tabloid, but which is really a satire site. At the bottom of each page on the website, it states:

“World News Daily Report assumes all responsibility for the satirical nature of its articles and for the fictional nature of their content. All characters appearing in the articles in this website – even those based on real people – are entirely fictional and any resemblance between them and any person, living, dead or undead, is purely a miracle.”

According to the article, Alexander S. Crow, who is said to be a member of the “Psychedelic Rainbow Warrior Peace Force” was stopped “by security agents after breaking into a restricted area of the LADWP with a modified milk truck tanker carrying an estimated 11,600 gallons or 43,900 liters of the synthetic hallucinogen 251-NBOMe.”

Not only is the article a demonstrable satire, and therefore fake news (the mug shot used in the photo is from a Miami news source in 2010), it also misstates what 25I-NBOMe is–it is not “251-NBOMe,” and it is not “synthetic LSD,” as it states in a quote within the article. “N-bomb” as it is called, is a highly toxic and extremely dangerous drug that is often misrepresented as LSD on blotter and in viles. While it is a synthetic hallucinogen, it is not related to LSD at all. 25I-NBOMe, which is short for for 2C-I-NBOMe, is a derivative of the phenethylamine psychedelic 2C-I. Ironically, since chocolate contains β-phenylethylamine, it is pharmacologically more accurate to call this family of substances ‘synthetic chocolate’ than it is to call them ‘synthetic LSD’.

While entertaining as a satire, this is a perfect example of how fast “fake news” can spread, and why it is important to always check sources on news stories before sharing or forming a belief on the subject. Here, the unknowing dissemination of the information contained within the article, which was intended to be unfactual, only contributes to the stigma and hysteria around particular drugs, especially those labeled as hallucinogenic. It is our duty as members of the harm reduction and drug policy movement to identify and debunk fake news and myths about drugs and drug use. Knowledge is power!

And remember, if you do choose to use, always Test It!