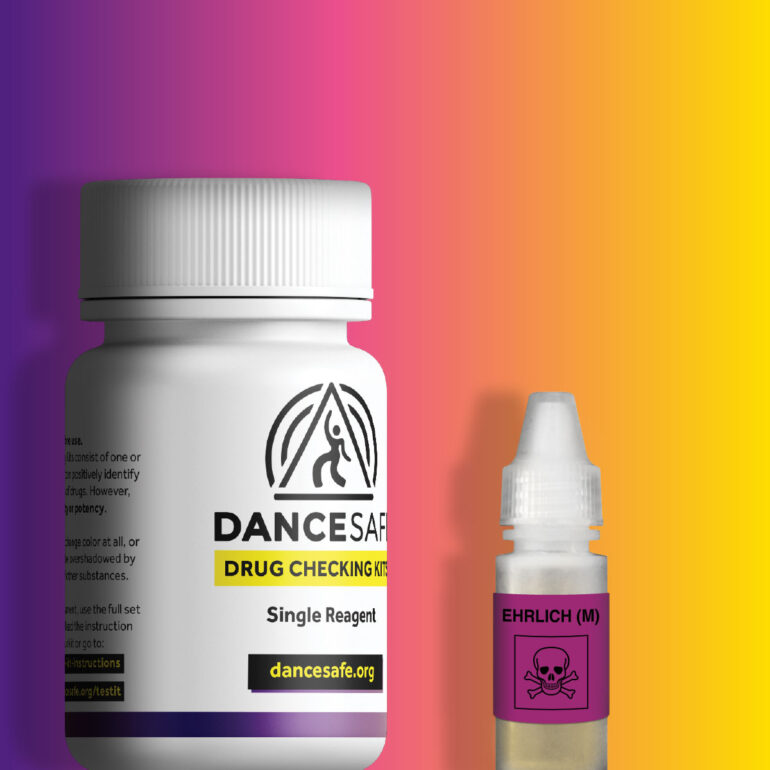 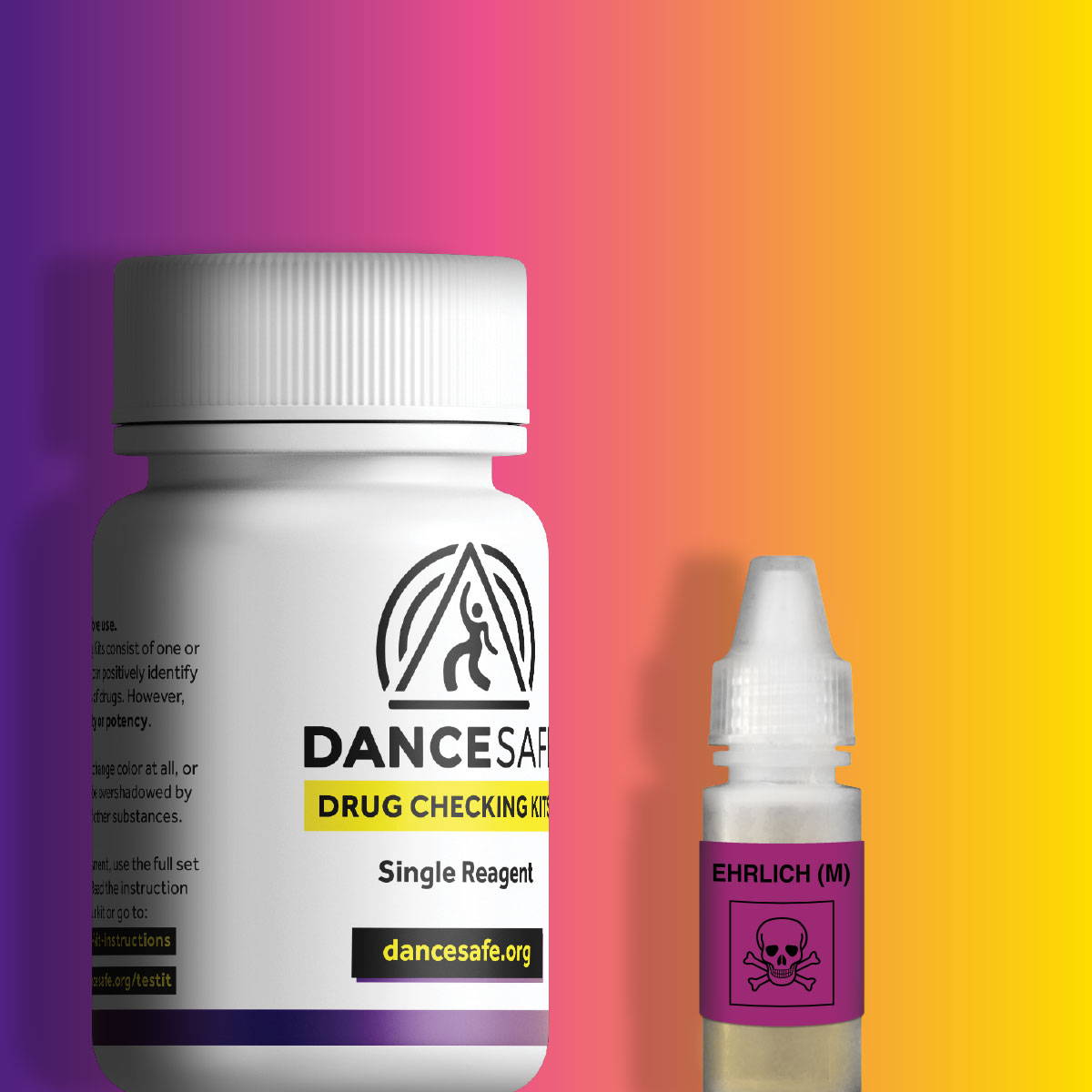 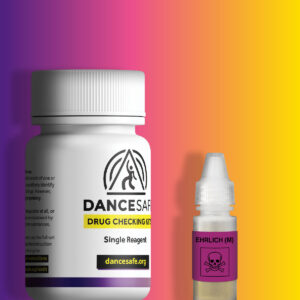 Our LSD testing kit consists of one bottle of Ehrlich’s reagent. Ehrlich’s turns purple in the presence of a class of drugs called “indoles,” which includes substances like LSD, psilocybin, DMT, and more. If Ehrlich’s does not turn purple, it means that no LSD is present. Ehrlich’s should only be used to test substances sold as LSD.

Over the last few years, a number of novel (new) substances have been sold as LSD. The most notorious is a drug called 25I-NBOMe (“NBOMe” or “25I”), which appeared on the market in ~2013. 25I is still occasionally around, but has been largely replaced by other drugs, some of which are also in the NBOMe class.

Like LSD, 25I is active at a microgram level and can easily be dropped on a tiny piece of blotter paper. It can also appear as a liquid or powder. 25I produces visual effects like LSD, but unlike LSD, 25I has an unpredictable safety profile and seemingly random negative effects.

People have occasionally had very serious medical emergencies or died after taking too much, or even taking dose that had been fine before. During the mid-to-late 2010s, at least a dozen people died after accidentally consuming 25I-NBOMe, thinking it was LSD.

There are many thousands of drugs on the illicit market today, including novel psychedelic substances in the NBOMe class and beyond. Ehrlich’s reagent is a useful and important first line of defense against accidentally taking misrepresented drugs (drugs that are sold as one thing, but actually contain another). Ehrlich’s will turn purple in the presence of a class of drugs called “indoles,” which includes things like LSD, psilocybin, DMT, and more.

How to test LSD

As with all reagents, Ehrlich’s should be used to look for red flags, not green lights.

We do not recommend using Ehrlich’s on any substance other than LSD. Many other drugs will produce unpredictable color reactions with Ehrlich’s.

Note: While there are other psychedelic drugs are in the indole class, most of them:

A purple reaction strongly indicates LSD. There is not much else that is potent enough to be dosed in the micrograms on blotter paper, turns purple with Ehrlich’s reagent, and doesn’t taste terrible.

Blotter can very, very rarely contain the powerful synthetic opioid carfentanil. To test blotter for carfentanil and other fentanyl analogs, use our fentanyl test strips.