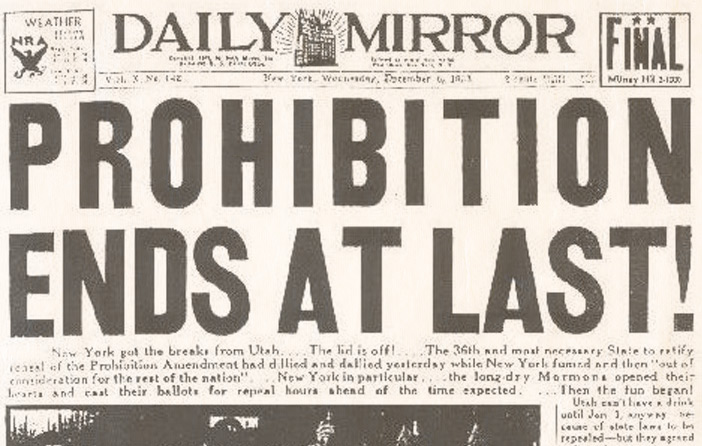 Prohibition Lessons from 83 Years Ago Today

Upon the ratification of the 18th Amendment on January 16, 1919, the sales and consumption of alcohol became illegal in the United States. Despite the fact that drinking is undeniably a very, very dangerous form of drug consumption, this policy did nothing to address these dangers. Regardless of how risky an intoxicating substance is, banning it always increases those risks.

After the passing of the 18th Amendment, the illicit market flourished. In New York City alone, police estimated there were 30,000 speakeasies in operation. Alcohol distribution, formerly controlled by legal, tax-paying businesses, was taken over by violent criminal gangs. An identical dynamic is at play today, where high-profit drug smuggling is inevitably controlled by those most willing to use violence to protect their market share. This is the inevitable outcome of prohibitionist policies, regardless of the intoxicant being prohibited.

“See, if you look at the drug war from a purely economic point of view, the role of the government is to protect the drug cartel. That’s literally true.” ― Milton Friedman

In an attempt to stop the diversion of industrial alcohol, the government mandated that poisonous chemicals such as zinc and mercury be added to legally produced industrial spirits, leading to the death of upwards of 10,000 Americans, people poisoned by their own government. In the 1980s, we saw a repeat of this violent practice when the DEA, under the leadership of John C. Lawn, announced they would begin spraying the industrial herbicide paraquat on domestically produced marijuana.

In order to maximize profits, smugglers refused to move low-potency alcohols like beer, and instead often only transported whiskey and gin, forcing many users to drink higher proof drinks than they did pre-prohibition. This is the same “Iron Law of Prohibition” that has led to the misrepresentation of fentanyl that is killing tens of thousands of opioid users today.

Just like how alcohol prohibition increased the risks of alcohol consumption, drug prohibition has increased the risks of other drugs. And just like with the end of alcohol prohibition cutting off revenue to the criminal gangs smuggling liquor, ending drug prohibition would cut off funding to the criminal gangs smuggling illicit substances today. Intoxication seems to be a universal human desire, but prohibition does not need to be our society’s response to the very real risks of that desire. Harm reduction isn’t just a set of practices that mitigate the risks of substance use, it is the alternative model we can use to address drug consumption in the world. And we know that it works, where prohibition fails. 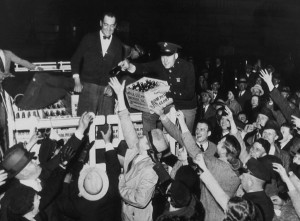