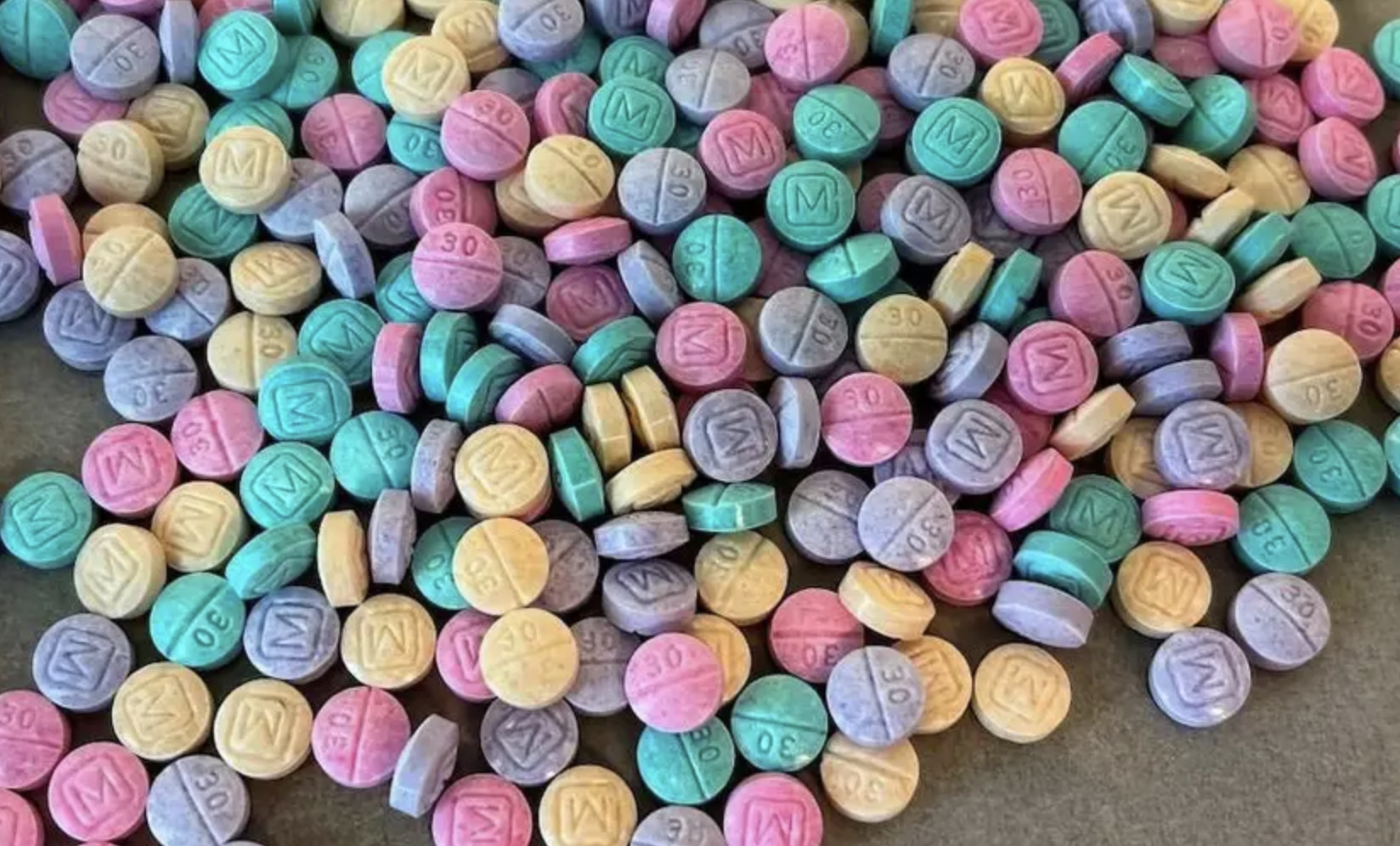 Post Date: November 21, 2022
Eman2023-01-31T15:30:30-08:00
DanceSafe commentary: Although we do not agree with DEA claims that rainbow fentanyl is an attempt to target US children, we are skeptical of the claims made here by Sinaloa cartel operatives that they are trying to prevent deaths by making it more difficult to adulterate non-opioid drugs. Just because your powdered drugs are white does not mean they are free from fentanyl or its analogs. Always test your drugs with fentanyl test strips first.

Culiacán, SINALOA — The US Drug Enforcement Administration and police departments across the country have been warning about a new cartel strategy to sell fentanyl: pushing “rainbow-colored” fentanyl pills to hook children and young adults.

But operatives in the Sinaloa Cartel, the Mexican criminal organization behind the biggest shipments of fentanyl to the US, told Insider their intention is actually the opposite.

US authorities began their campaign several months before Halloween, warning of alleged attempts by Mexican drug cartels to entice kids into drugs by selling rainbow-colored fentanyl pills and adding fentanyl to Halloween candies.

In a statement published on August 30, DEA administrator Anne Milgram warned the public of “an alarming emerging trend of colorful fentanyl available across the United States.”

“Rainbow fentanyl — fentanyl pills and powder that come in a variety of bright colors, shapes, and sizes — is a deliberate effort by drug traffickers to drive addiction amongst kids and young adults,” Milgram said.

News stories and broadcasts began showing photos and videos of rainbow-colored pills and powder from seizures across the country. The reports described large quantities of colorful pills and cautioned parents to be on the lookout for them or things like them in their children’s candy.

A cartel operative and a cook involved in the manufacture and shipment of fentanyl from Mexico told Insider that their intention was “actually the opposite” of what Milgram described.

The coloring “is to make it look different than coke or white heroin,” the fentanyl cook, speaking on the condition of anonymity, told Insider.

On 2021 alone, more than 100,000 people in the US died from fentanyl overdoses. Most were accidental deaths after using a substance like cocaine, heroin, or fake Percocet pills that had been laced with the powerful opioid.

“We know that some of the dealers in the US started mixing cocaine with ‘fenta’ without letting their buyers know, and that is very dangerous,” the operative said.

“Also we mix some of the heroin with fentanyl to make it more powerful, but we mark it, to let the buyer know that this one has ‘fenta,'” he added. “Whatever happens when it’s taken from our hands, it’s not our problem.”

The cook with the Sinaloa Cartel said that by adding food coloring to pure fentanyl, it would be impossible for dealers in the US to mix it with something else without the final user noticing.

“We get all the blame for the deaths, but we send a clean product, pure quality ‘fenta,’ or if its blow, just blow,” he said. “If we are adding ‘fenta’ to the heroin, we are very clear that our batch has ‘fenta’ in it.”

Despite the scare, a Washington Post review of news reports from mid-August to late October found only one case of accidental ingestion of “rainbow fentanyl” by a 2-year-old.

On November 17, however, the US Treasury Department announced sanctions against members of La Nueva Familia Michoacana, another Mexican criminal group, and accused it of marketing ‘rainbow fentanyl’ in “a deliberate effort to drive addiction amongst kids and young adults.”

The Sinaloa Cartel operative denied that his organization is targeting kids or young adults in the US as their final users.

“Why would we want to make kids addicts? What good would that do to us?” the cook said. “We want to sell what the people are asking for in the US, but not to kids or people who do not want to take drugs.”

Organizations like the Sinaloa Cartel and Cartel Jalisco Nueva Generación have been manufacturing fentanyl in the form of fake blue Percocet pills or adding it to heroin batches for at least four years.

Fentanyl is cheaper to make because it is a synthetic opioid and doesn’t require the time and expense of cultivating opium poppies to produce heroin or coca to make cocaine. Revenue from selling the opioid could be up to five times that of cocaine or heroin.

The drug is also easier to hide and transport because its potency means smaller quantities can still produce a strong high, though US authorities have reported seizing multi-hundred pound loads of the drug in recent months.

A leaked 2019 DEA report called the cartel “a prominent producer and trafficker of Mexico-based fentanyl into the United States,” according to the investigative journalism project Forbidden Stories.

A Sinaloa Cartel operative previously interviewed by Insider said that users in the US started asking for fentanyl-boosted heroin in 2015, but they didn’t receive the order and recipes to cook it until 2019.

“The cook learned from a Chinese man, brought all the way here by the cartel,” the cartel member said. “He is the only one who knows the recipe.”

“But many started dying because we still didn’t have the right recipe, and some of them were not aware of the potency of the new product,” he added.

Most of the chemicals used are illegally imported from China and Germany, according to the cook. As soon as the fentanyl powder reaches Mexico, they begin to cook in order to ship it to the US.

The cartels’ increasing focus on producing fentanyl has been reflected in seizure data. In San Diego County alone, the amount of fentanyl intercepted by US Customs and Border Protection rose from 1,599 pounds in 2019 to more than 6,700 pounds in 2021.