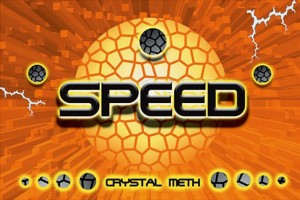 What is Methamphetamine? Crystal meth, glass and speed are nicknames for the powerful central nervous system (CNS) stimulant methamphetamine. The terms “glass” and “crystal” are used to describe methamphetamine that has a crystalline-like appearance, rather than powder. The crystal form is seen as less likely to be cut with filler or crushed up pharmaceutical tablets such as Adderall or Ritalin. Methamphetamine was first synthesized in 1893 and was used widely by soldiers during World War II to increase stamina and reduce the need for sleep on the battlefield. Today, methamphetamine is sometimes used medically for the treatment of Attention Deficit Hyperactivity Disorder (ADHD) and obesity. Although similar to amphetamine, methamphetamine is more powerful by weight and longer-lasting. How is Methamphetamine used? Crystal meth can be swallowed, snorted, smoked, or injected. Swallowing is least risky method of using methamphetamine. The effects come on more gradually, plateau more gently, and last longer than with other methods. Snorting makes the effects come on faster and can damage the nasal cavities over time. Smoking methamphetamine takes effect in seconds and can be more rewarding and reinforcing than other methods. Injecting is the riskiest method of using methamphetamine and can most easily lead to problematic use patterns and other serious medical complications. What are the effects? In small oral doses (5-10mg), methamphetamine can increase alertness and the ability to focus. It also reduces appetite and lessens the desire and ability to sleep. Higher doses can produce a speedy euphoria, including an intense initial “rushing” effect, especially when smoked or injected. Many users also report increased libido/sexual arousal and stamina when on methamphetamine. Other effects include increased blood pressure and heart rate, and a rise in body temperature. Common negative effects include headache, anxiety, paranoia and delusions. Be careful! Methamphetamine is highly rewarding/reinforcing. Coming down from meth can make you feel lethargic, anxious, and depressed, tempting you to take more, which can lead to problematic use patterns. Many users seeking methamphetamine’s euphoric rush will develop binging patterns, redosing multiple times a day for a number of days straight, then waiting a number of days before repeating the cycle. Methamphetamine is very long lasting, which can make it difficult or impossible to sleep. Sleep deprivation can have serious negative impacts on physical and mental health. Although rare, methamphetamine can cause seizures, heart attacks, strokes, and death from overdose (“overamping”). Extended use of methamphetamine without adequate sleep and care can cause paranoid delusions and psychosis. Injected methamphetamine reaches the brain almost immediately, increasing the possibility of overdose. Injecting introduces impurities directly into the bloodstream and can cause septicemia and other infections. Repeated injections damage the veins, which can lead to thrombosis and abscesses. Sharing syringes can spread hepatitis and HIV, the virus that can cause AIDS. Clean needles are available from needle exchange programs. Mixing methamphetamine with other drugs increases the risk of adverse reactions. Be self aware! If you choose to use methamphetamine, knowing why is the best way to maximize the benefits and reduce the risks. Understanding your intentions can help you assess whether your use is becoming problematic.

Copy and paste this URL into your WordPress site to embed

Copy and paste this code into your site to embed