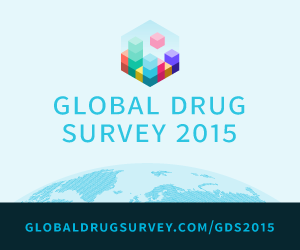 Safer drug using limits! Could or should there be such a thing?

Last year almost 80,000 people took part in GDS2014 and helped us produce the world’s first harm reduction guide (the Global Drug Survey Highway Code) to be voted for by experts – people who like taking drugs and want to keep themselves and their community as safe as possible. It’s been downloaded 30,000 times. It spoke about common sense strategies (don’t mix stimulant drugs with each-other or with loads of alcohol, don’t take GHB with alcohol, don’t use drugs when your anxious or depressed), to reduce the risk of harm. Uniquely it also spoke about the impact of these strategies on the pleasure people got from drugs. But as we stated very clearly the only way to avoid drug related harm is not to use.

This zero tolerance approach is oddly applied to a legal regulated drug – tobacco. The message governments put out for tobacco is that any level of use is associated with harm and it’s highly addictive so don’t smoke. This is good advice because the risk of addiction with tobacco is higher than for almost any other drug and even low levels of use are associated with an increase risk of lung harms and cancer. The problem as I see it is that this same (but unevidenced) zero limit advice is applied to illegal drugs by governments. I guess they have no choice – they could hardly say a drug is illegal (because it’s very dangerous) and then say ‘look actually if you don’t use too much X too often and make sure you don’t play with knives, go scuba diving or drive then actually the risks of you running into serious harm is pretty low (not zero)’.

Now while zero tolerance, ‘just say no’, lifetime abstinence etc works for a very large percentage (the majority in fact) of the population, it isn’t much use to those people who choose to take drugs. And in fact a zero-tolerance approach might actually backfire and lead some existing users to ignore the difference between using a little and a lot. In the drug treatment world there is a term called ‘abstinence violation’. It is used to describe the narrative that people dependent on drugs or alcohol use following the first episode of use after a period of not using. They say ‘ I was so committed to not using, never using again was my goal that now that I have used once, I am so angry with myself for having  undone all the good work achieved during my period of not using,  well sod it….I might as well continue using’.  In the same way I think it is possible that a government’s zero tolerance approach to drugs may lead some users to ignore common sense self regulation strategies.  I also think that such intolerance to the acceptance of moderation may lose governments credibility.

The question I pose then, is could or should there be such a thing as safer drug using limits or guidelines?  As a young doctor I asked an old boss of mine if he thought research into safer drug using limits (or guidelines) might be useful. He dismissed the suggestion and me as silly. Oh well,  I have grown up and it seems like lots of people I meet think the idea might have some value in helping guide people towards more moderate levels of drug use. This is not radical in any way (unless you take a moral judgment over the choice of molecule a person choses to ingest for pleasure). In fact I think it’s rational. Here’s why. Alcohol is a drug. We have guidelines on its use aimed at reducing the long-term risk of health harms. So why not have guidelines for drugs? For alcohol and most drugs the risk of harm and dependence vary hugely between people. The risks of addiction are higher in at risk individuals among those who start early in life, often because of other social, personal and emotional challenges. These significant challenges are best addressed by good social policy (investing in the well being of people who won’t being voting for 18 years) by pre-birth family support and interventions focused on supporting vulnerable parents in the early years of a child’s life. For most people drugs the rates of addiction are relatively low (2-10%) and perhaps early signposting that use was escalating to problematic levels could avert the development of dependence in some. But the majority of the population and in most instances moderation of consumption can keep the risk of experiencing short and longer health harms low (drugs like GHB and heroin where the risks of overdose are so high might be exempt from such statements).  And in almost all cases the risks of experiencing drug related harm can be significantly reduced by the adoption of safer using strategies (such as those reported in the High Way Code).

By suggesting safer drug using limits or guidelines for illicit drugs I am not suggesting that drugs are safe. Quite the contrary in fact. Drugs can be very dangerous. I spend my working day with people whose lives have been ruined by drugs. From acute toxicity and the risks of intoxication related behaviors to longer-term physical complications and dependence I know drugs can kill people. And I am not suggesting guidelines will be a panacea to society’s drug problems. But as social care budgets are slashed, and governments are starting to embrace population based strategies such as behavioral economics to moderate unhealthy behaviors, having some common sense guidelines that highlighted that taking less drugs less often was associated with a reduced risk of harm might be a useful benchmark for people to reflect upon. And they may have value regardless of the legal status of a drug.

The challenge GDS2015 has set itself is to try and develop the world’s first safer drug using limits. We’ll do this by asking tens of thousands of people who use drugs to rate (on a scale of 1 to 10) how the risk of harm from different drugs (including alcohol) increases with increasing levels use. Risk here refers to the probability, range and severity of harm. At the same time as asking people who use drugs around the world we will also be asking drug science experts the same questions. So if you’ve ever used drugs or have thought about drug related harms and pleasures please share your experience and expertise at https://www.globaldrugsurvey.com from mid-November 2014. And in June 2015 we’ll release the results. We think this is going to be fascinating.