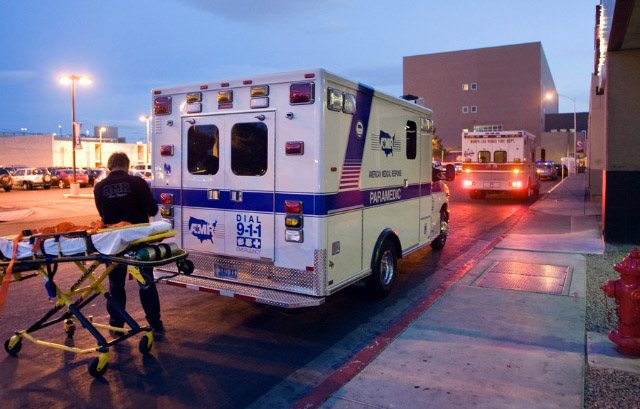 The Real Tragedy of the Wesleyan ‘Overdose’ Incident

As most people already know, the media is widely reporting on an incident at Wesleyan University a few days ago where ten students were hospitalized after taking “Molly.” Students for Sensible Drug Policy has released a statement about the incident.

We hope for the quick recovery of all the students involved, and believe this incident underscores the failure of prohibition and the consequent lack of honest drug education and harm reduction services making drug use more dangerous. Whether these students actually overdosed on MDMA, suffered heat stroke in a crowded and hot venue, or ended up accidentally consuming a different, more dangerous drug (which seems most likely, as reports indicate the many of the victims were in different locations, and were vomiting and experiencing hallucinations), honest drug education on college campuses combined with harm reduction services would likely have prevented this tragic incident from occurring.

Reports on these issues often neglect to analyze many of the social, environmental, and political factors contributing to this life-threatening issue. Without widespread implementation of proactive public health policies, such as mandating “Safe Setting” standards for electronic music events, we continue to ignore many of the environmental and community level factors impacting health and safety. Rather than targeting individuals or a drug, there are pragmatic health promotion, drug education, and harm reduction strategies effective at reducing risks associated with drug use.

Additionally, police and media report the incident likely resulted from a “bad batch” of MDMA, which shifts blame to illicit chemists, who supposedly make errors during the manufacturing process. However, this is not what is happening. There are hundreds of “designer” drugs or “new psychoactive substances” (NPS) being manufactured and sold as MDMA, many of which are far more dangerous. An average of 5 brand new NPS are being sold on the drug market each day. Often, chemists are creating “designer” drugs or NPS in order to fill the void created by MDMA prohibition. The precursors to manufacture MDMA are expensive, difficult, and risky to purchase. Even if a chemist can find them, they could end up going to jail for long periods of time if they are caught with them. So instead, they are producing drugs that are easier and less risky to make, where the precursors are cheaper and often legal. Adulterating the illicit drug market, these new drugs are then being sold under the names “Ecstasy” or “Molly” to unsuspecting users who believe they are getting MDMA.

The term “Molly” is nothing more than a street term, similar to “Ecstasy” and has no functional meaning. The media is largely responsible for perpetuating the dangerous myth that “Molly” means pure MDMA, when this is far from the truth. Responsible reporters and appropriate drug educators should stop using these terms and refer to compounds by their scientific names, such as MDMA, MDA, methylone, mephedrone, PMA/PMMA, etc. In the case of the Wesleyan students, we still have no idea what drug they took. The students themselves likely have no idea. To say they thought they were taking “Molly” simply reinforces they had no idea what they were taking, because “Molly” can be anything.

The only way to know for sure what drug you are taking when you buy an illicit substance is to have it tested. Currently in U.S. culture, there are essentially only two ways to do this. One is to purchase a home testing kit, which use various chemical reagents to gives limited but useful information on drug contents. The other way is to anonymously send a sample of the drug to ecstasydata.org. Results can be obtained on the website, usually within a few weeks. It is telling that in almost every article about the Wesleyan incident, these two harm reduction programs are not mentioned, yet they have been implemented and available for more than 16 years. This can be partially attributed to a drug war culture that has prioritized “increasing risk perception” above practical, evidence-based solutions that are effective at reducing hospitalizations, overdoses, and death. Fear of being accused of encouraging drug use, school administrators neglect to inform students of these life-saving tools. This is the real tragedy of the Wesleyan incident.

As authorities continue to make arrests, it behooves us to ask whether putting more people in jail will actually reduce drug use on college campuses. We’ve never had a drug-free society; it’s unrealistic and harmful to continue to think that’s attainable. Isn’t it time we acknowledge that recreational drug use is a norm in society, and that what we should really be doing is making it safer through public health-based policies of harm and risk reduction?

Oh, and can we please stop calling them overdoses?