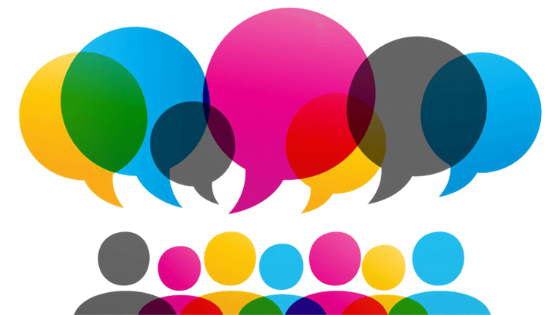 The Simplest Thing You Can Do to Advance Better Drug Policies

I have a lot of friends who care about progress and want to be part of social solutions but feel their language is being “policed” if they’re asked to use different words or told their language is problematic. I can sympathize with this on the surface…my passion for social progress is very much tied to not wanting to be told what to do. On the other hand, I’m deeply troubled by the way marginalized people are treated and want them to be accepted by mainstream society and supported by public policy.

Some of you don’t resonate with the idea of changing the language you use simply because it might hurt someone’s feelings. Even though I don’t align this way, I understand where you’re coming from – where do you draw a line? Anyone could theoretically have their feelings hurt by anything you say because we can’t control other people’s’ emotions, so why bother? In addition to compassion, for me, it’s about consensus. If a consensus of the people I spend time with and generally agree with otherwise are bothered by the use of a certain word, I care about not annoying those people and will happily work on changing my language — even if I don’t totally understand it. (This especially applies to terms that refer to people who have different experiences than me. If I don’t have lived experience with, say, heroin addiction, then it’s not my place to say what is and isn’t “supposed” to offend them.)

If that idea doesn’t resonate with you either, try this: If there was one thing you could do everyday to benefit social causes without having to spend your time or money, would you do it? Changing the words you use can have a significant impact on policy. For example, calling a person addicted to heroin a “junkie” or even “addict” implies high degree of fault and control rest on that person. By not referring to that person as a PERSON, we disempower them while simultaneously putting all the blame for their suffering and control over their progress in their hands (while they’re ultimately in control of their progress, society cannot remove itself from responsibility over larger social schema that impact this person). It absolves society of the responsibility of having to address the root causes of addiction (which are generally caused by harmful social policies such as the drug war) while resting the onus of fixing the outcome of those policies on the people who are affected by it.

If people who have problematic relationships with drugs had as high a degree of control over their situation and were totally at fault for all the circumstances that contributed to their addiction (poverty, mental illness, homelessness, joblessness, history of physical/emotional abuse, family tragedy, over-prescription of opioids, etc) as the term “junkie” or “crackhead” suggests, don’t you think more people would have moved out of addiction into more sustainable/less problematic patterns of drug use (or sobriety)? If this implication were true, fewer people would be dying of overdoses.

This isn’t about policing your language – it’s about changing our social conditioning and creating policies that benefit people who have historically been harmed by our misguided ideas of how to address issues like addiction.

A handful of cities are trying really hard to pass local ordinances that would allow supervised consumption spaces where people can use drugs with a nurse on standby, sterile injection equipment is available and properly disposed of, and participants can connect with other services such as housing and job placement. Other countries have been substantiating these programs for decades, but every time we bring the idea forward in a legislature, people ask, “Isn’t this just enabling their addiction?” Using derogatory words, promotes this idea that giving someone a chance at survival – one that doesn’t include an immediate requirement of sobriety – is somehow worse than continuing to let them suffer with the potential of dying alone in a dark alley somewhere.

Instead of junkie, crackhead, tweaker, addict, etc – using “person-first language” humanizes the people we’re trying to help. PWUD (people who use drugs), PWID (people who inject drugs), people addicted to heroin, people who use meth, etc – all take a few words more to say, but doing so is helpful to the cause overall. Referring to sobriety as being “clean” is pretty stigmatizing, too.

This isn’t really up for debate because this isn’t about what anyone thinks or feels people should say – it’s about what works and what doesn’t. And using words that stigmatize people actively harms that group’s advancement out of suffering and into a place of equity and justice.

Mikayla Hellwich is the creator and executive director of DrugStory, a mobile-friendly web application for people who use drugs to instantly and anonymously share their experiences. She came to drug policy through Students for Sensible Drug Policy chapter at the University of Maryland in 2010. She’s now the media relations & speakers bureau director for a nonprofit group of police and other criminal justice professionals dedicated to advancing better drug laws, redefining the role of police, and reducing incarceration nationwide. She lives in Washington, D.C. with her husband and two cats.