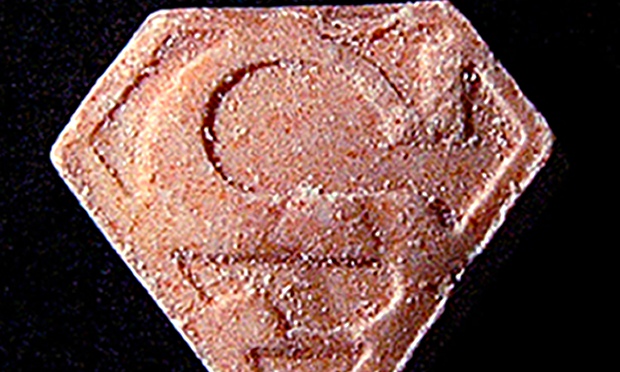 The lethal substance responsible, PMA, was produced as a direct consequence of banning a number of ecstasy precursor chemicals

The past week has seen a number of drug disasters in the UK, one of which is the unexpected deaths of three men, two from Ipswich and one from Telford. They all appear to have taken a drug called PMA (phenoxymethylamphetamine). We presume that they did not know this was what was in the pills bearing the Superman logo that they bought – it seems likely they thought it was ecstasy (MDMA). PMA and its close relative PMMA are not new drugs; they were made in the 1950s and tested for beneficial mood effects then. However, they didn’t provide a clear positive effect so were discarded, though were made illegal under the UN conventions.

They have in the past few years re-emerged as a toxic surrogate for ecstasy. In this period they have been responsible for more than 100 deaths in the UK, and now the majority of deaths that the media report as being due to “ecstasy” are, in fact, caused by PMA and PMMA.

Their re-emergence is directly due to the international community’s attempts, via UN conventions, to stop the use of MDMA by prohibiting its production and sale. As the earlier UN drug control conventions were clearly not working, in 1988 a further attempt to limit drug use by impairing production was made by banning a number of precursor chemicals. One of these is safrole, the precursor of MDMA. In 2010 there was a massive seizure of 50 tonnes of safrole in Thailand. This did significantly dent availability for MDMA production, so chemists looked for an alternative source of a suitable precursor. Aniseed oil seemed the ideal alternative, as it is chemically very similar to safrole, so this was used. Unfortunately the product that results from using the MDMA production process with aniseed oil is PMA or PMMA. Hence these substances only exist because of the blockade of MDMA production. That in itself wouldn’t particularly matter if they were not more toxic than MDMA.

PMA/PMMA are significantly more toxic than MDMA for three reasons. First they are more potent, up to 10 times so. This means that a user who is typically safely using MDMA at a dose of 80mg per session will be taking the equivalent of 800mg of MDMA if they take 80mg of PMA. Secondly, PMA works more slowly than MDMA so when users don’t get the expected effects of MDMA about 30 minutes after taking the drug they think they have been sold a weak lot and may take another dose to make up for this. Then, when the effects of PMA kick in at around two hours, they have taken far too much. Thirdly PMA and PMMA are not pharmacological equivalents of MDMA. They have very different actions, which is why they were discarded after first testing. Their major problem is that they block the actions of the brain enzymes that offset the desired effects of serotonin and dopamine release that PMA/PMMA produce. This then massively accentuates their toxicity as the brain can’t compensate for the increase in serotonin so users can develop serotonin syndrome. This is a toxic reaction that elevates body temperature to a dangerous, and in some cases lethal, level.

The emergence of the more toxic PMA following the so-called “success” in reducing MDMA production is just one of many examples of how prohibition of one drug leads to greater harm from an alternative that is developed to overcome the block. This first became obvious when the US pursued alcohol prohibition in the 1920s and many switched to hootch, which was illicitly distilled ethanol, and some even to methanol, both of which are more poisonous than regulated alcohol. The banning of smoking opium led to the increased production and injecting of a more potent and dangerous opiate, heroin.

There are several proven ways we can we stop this rising tide of PMA/PMMA deaths. One, well established in the Netherlands, is to make testing facilities available to the public without fear of prosecution. This serves not only to warn the users when they have purchased something that wasn’t what they were expecting but also allows the state to monitor the emergence of new, possibly more toxic recreational drugs and put out warnings. A more radical approach as explained by Transform would be to make safe doses of pure MDMA (eg 80mg/day) available to registered users in a regulated fashion, for example, via pharmacists.

In the meantime we should accelerate the testing of seized tablets and make public their contents and strengths on internet databases, so that all users can check what they might be taking. This kind of testing to provide knowledge of drugs in use locally has been pioneered at some clubs and festivals by Professor Fiona Measham of Durham University, and should now be rolled out nationally. Visible public information about tablets, their contents and dosage is used to reduce harm in Ibiza. Finally, let’s stop pretending that these PMA deaths are unexpected effects of rogue “ecstasy” and tell the truth: they are a consequence of our current illogical and punitive drug policy.