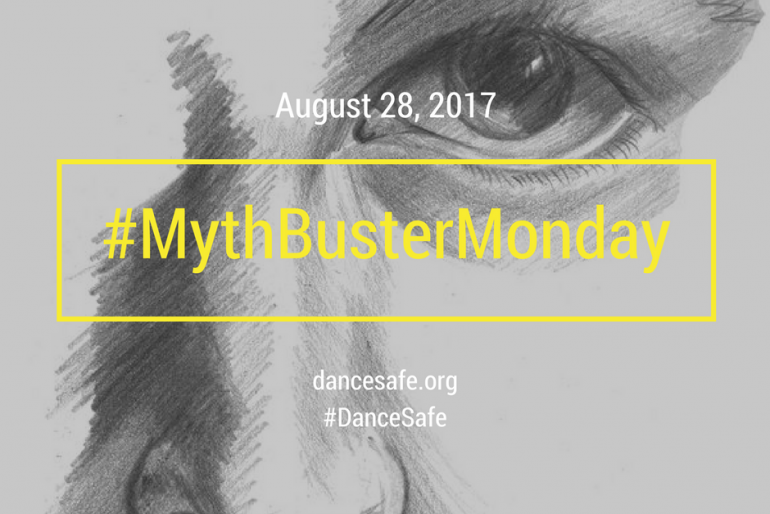 Contrary to what popular belief, you can never identify a substance by sensory information alone!

Substances on the illicit market come in a variety of colors, consistencies, smells, and tastes, and therefore there is no safe or accurate way to determine what something is by merely looking at, tasting, or smelling it. Something like MDMA, for example, can come in many different hues ranging from clear to brown, and can be crystals, ground up into a fine powder, or pressed into a tablet and sold as an ecstasy pill. Some MDMA even has a purple hue, a trait that is popularly attributed to its cousin, MDA. The only way to truly identify something as an MDMA-like substance is to test it (note that while testing reagents can help identify a substance, they cannot determine purity or potency).

Another prime example of this is identifying cocaine. It is commonly believed that you can identify how “good” your coke is by looking for a shiny, pearly “fishscale” appearance and gumming a little to confirm that it has numbing properties. Unfortunately, two of cocaine’s most prominent adulterants are cut in because they are so effective at replicating both of those effects — levamisole is a stimulating cattle dewormer that perfectly imitates the fishscale appearance of real cocaine, and lidocaine is a topical numbing agent. A significant percentage of cocaine in the U.S. has been found to contain both of these adulterants, and there are far more circulating with different effects.

Something that comes in liquid form is even harder to identify, as most liquid substances, including LSD and GHB, are clear and odorless. As we’ve mentioned, it is important to test your LSD for presence of indoles. If there is no reaction with the Ehrlich’s reagent, you might have 25i-NBOME.

Because of the unregulated nature of the illicit market, there is no consistency in the drugs that are being sold. There are countless variables affecting appearance, smell, and taste, including how the drug was manufactured, stored, transported, and/or “cut” as it worked its way through the distribution chain.

Inform your peers who think they can identify a substance by sight or smell that there is no accurate way to do so. This is true no matter how trustworthy the source is considered to be, and no matter how knowledgeable you are about drugs. Being able to admit what you don’t know is a virtue in harm reduction!