Young Folks: Get Out the Vote! | DanceSafe 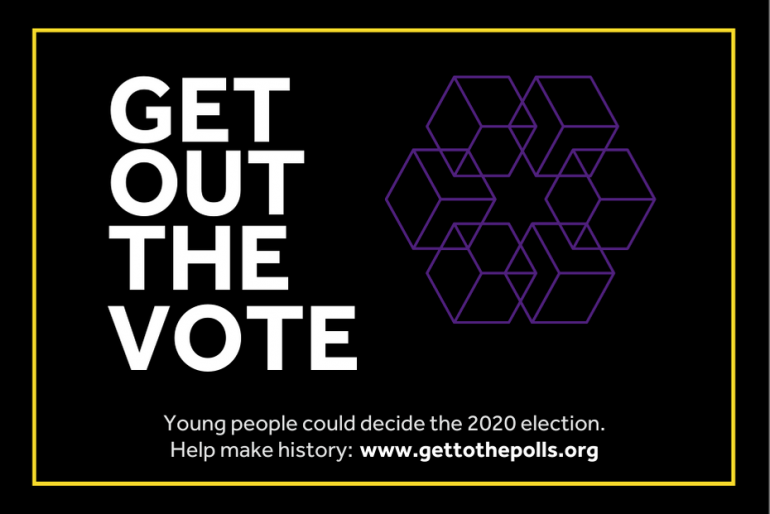 2020 has been a year of profound change. At the beginning of the year, a deeply polarizing Democratic primary revealed distinct generational divides in political views and priorities. In the spring, economic disparity crystallized during the COVID-19 pandemic. By summer, the racial justice uprising ignited millions of people around the world to demand an end to police brutality and institutionalized racism. Experts estimate that between 15 and 26 million people in the United States participated in the uprising, making Black Lives Matter the largest movement in US history.

Young people are already changing the world, and the outcome of this election is an opportunity to politically integrate the social progress of the last half century. Millennials and Gen Z make up 37% of the voting population in the US, and leading researchers predict that the participation of young people will be decisive for the 2020 election.

Rates of early voting, including by young people, are shattering records, and experts are predicting the highest voter turnout in a century. Voting, educating friends and family members, donating your time to a cause you believe in – these actions are all investments toward the better world that we know is possible.

According to political scientist Erica Chenoweth’s research, historically, social movements become inevitable once 3.5% of a population actively commits to sustained change. In the United States, that’s 11 million people. Recent eruptions of social movements demanding climate and racial justice have demonstrated that we are already here. All generations, but particularly young people,   are the ones that we’ve been waiting for to step up to the plate and make change happen. But we need to show up in all the places where we have power, including at the ballot box.

Here are some tools by TurboVote to get you to the polls:

If you don’t like either candidate, you’re in good company. But this election isn’t about voting for a person – it’s about voting for a chance to save democracy and secure a just and livable future. Everything on your ballot counts, from Presidential and US Congressional elections to state-level elections, local-level elections, and ballot initiatives. Every voice counts. Make a plan to vote, remind your friends and coworkers, and help folks stay motivated in line by volunteering to participate in support efforts by local community organizations. History is being made right now, and we all have a role to play.