Let’s Be Sensible About MDMA | DanceSafe 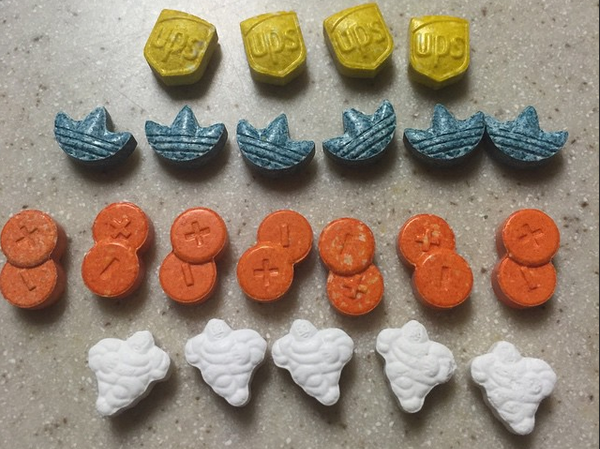 Every weekend across the U.S., 21 million college students make choices about how they are going to party. Will it be a sober night, or will they choose to consume alcohol or another drug of unknown origin, potency, or composition regardless of rules or prohibitions against doing so? Based on government data about drug use, we can conservatively estimate that in the last month 12 million students chose to consume alcohol, 4 million marijuana, and another 4 million another drug. Thousands of students were likely involved in distributing illicit drugs and alcohol, usually through sharing with friends. A few of them will be evicted from campus housing, ineligible to receive grants, expelled from school, or thrown into the criminal justice system where their futures will be wasted as surely as the tax dollars used to house them are.

There was only one different thing about last Saturday: of the thousands of students who consumed something they thought was MDMA, some students at Wesleyan University instead (or additionally) had something far more dangerous. It could have happened anywhere, and to any of those students. Thankfully, the one student still hospitalized as of this writing is expected to recover. In the resulting investigation, a member of Students for Sensible Drug Policy was arrested along with three others, all of whom have been suspended and are facing serious charges.

Students for Sensible Drug Policy was founded in part to help protect people, especially young people, from the harm associated with drug use and overly punitive drug policies. This means supporting effective and evidence-based prevention and treatment programs, and it also means acknowledging the simple fact that no matter how well-executed those programs are, some people are always going to choose to use drugs, including alcohol.

Our staff and network of 30,000 supporters and members neither condone nor condemn drug use; we acknowledge that people use drugs regardless of prohibition and that drugs are best managed through public health measures and regulatory frameworks, not the criminal justice system. So we fight to end drug prohibition and replace it with sensible drug policies, the most sensible of which is regulation as recommended in the esteemed Global Commission on Drug Policy report “Taking Control: Pathways to Drug Policies That Work.” And until such policies are adopted, we work to improve access to the most effective interventions in overdose prevention, none of which involve the criminalization or shaming of drug users nor increase the likelihood that individuals will use drugs. Parents and students across the nation should be appalled that campuses aren’t fighting to expand four primary harm reduction strategies: evidence-based education, drug checking, Good Samaritan 911 laws, and safe spaces.

Abstinence-only and fear-based “education” is as ineffective at preventing drug use as it is at preventing teen pregnancy, but unfortunately it is the only thing that most students hear. Evidence-based education like Safety First and Just Say Know programs teach young people how to stay safe if they are going to use drugs including alcohol and to identify warning signs of an overdose. Students are disabused of ideas that kill, such as the myth that someone suffering alcohol poisoning should sleep it off. They are trained in the real physical and psychological effects of drugs including alcohol and educated about how to control consumption through strategies like “start low, go slow” for drugs of unknown potency.

Drug checking kits allow users to determine the composition and potency of individual drugs prior to consumption. MDMA, or Molly, is one of the most popular drugs on college campuses and is also the drug most often imitated or adulterated with dangerous, untested substitutes. In Connecticut, drug checking kits are considered paraphernalia and are illegal, but if they had been available and provided by campus health authorities, it is highly likely the adulterated drugs would have been identified as such and discarded.

Like aspirin and many other products, true MDMA can cause overdose in susceptible individuals even when used within safety guidelines. But more often than not, deaths labeled as MDMA overdoses are either due to other drugs labeled as Molly or hyperthermia. People using MDMA are highly susceptible to overheating, dehydration, and other dangerous symptoms, but the federal RAVE Act has been interpreted to prohibit venue managers from providing chill-out spaces to cool down, access to free water to rehydrate, and knowledgeable counselors lest they be accused of running a “drug-involved premises.” The RAVE Act should be amended by Congress immediately.

If an overdose event does occur, nothing is more critical to full recovery than a speedy response from medical professionals. Students who are terrified of both losing a friend and the consequences of violating campus regulations or laws will spend precious minutes deliberating about whether or not to call for help. That question should never have to be asked. Effective 911 Good Samaritan policies exempt individuals undergoing overdose and the people who call for help from criminal charges or campus sanctions. Though Wesleyan does have such a program, it only explicitly protects students in the case of alcohol overdose. Sadly, it is possible that the hospitalized students and their friends may face criminal charges or college sanctions, including expulsion.

Colleges — places where evidence and inquiry should be valued most highly — are obligated to protect the lives of students even though the failed drug war continues. In order to do so, administrators must let the scales of drug war beliefs fall from their eyes and recognize that a harm reduction approach, combined with excellent education and prevention programs, is the only way to halt the rash of overdoses plaguing our nation’s campuses.

It’s past time to acknowledge the plain fact that students use drugs. Let’s make sure they have the education and protections they need to do so safely, so that next weekend the millions of promising young students who will choose to use alcohol or other drugs have a better chance of safely making it to graduation.