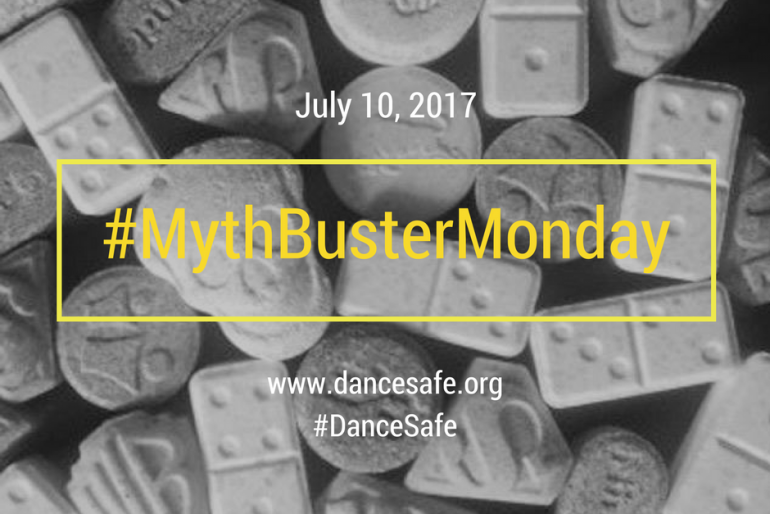 The terms “molly” and “ecstasy” are oftentimes used to describe different forms of the same drug: MDMA. Molly is a street term used to identify powder or crystal MDMA, while ecstasy is used to identify pressed MDMA that comes in pills of various shapes, sizes, and colors. While this vernacular is used to differentiate the form of the drug, molly and ecstasy are (supposed to be) the same substance.

Some people think that getting molly, or powdered MDMA, means it is purer than ecstasy, or pressed MDMA, as it is commonly believed that an ecstasy pill contains more adulterants than MDMA in its powdered form. This, however, is not always the case. Both powdered and pressed versions of MDMA can be equally adulterated, and one can peruse DrugsData.org entries to see both MDMA pills and MDMA powder that are highly adulterated. Due to the unregulated and far-reaching nature of the illicit market, it is extremely difficult to obtain a “pure” substance, which is true for both powder and pressed forms of MDMA.

This assertion is supported by a Johns Hopkins University study published online in the Journal of Psychopharmacology that found that substances sold as molly were as adulterated as substances sold as ecstasy, according to the data collected by DanceSafe volunteers conducting on-site drug checking between July 2010 and July 2015.

As always, DanceSafe recommends that people who use substances test before they ingest. Drug checking kits that detect highly adulterated and misrepresented substances can be purchased here.

Finally, DanceSafe also cautions people against consuming pressed pills whole, as there are a number of stacked press pills (pills containing more than one standard dose of MDMA, sometimes 2 or 3 times the standard quantity) circulating the market. People who use MDMA should implement a “less is more” approach (regardless of the MDMA’s form) by taking a small amount at first and waiting up to 2 hours before redosing to get a feel for its effects. It is important to note that this should be done for each dose consumed, as batches of MDMA may not be cut evenly.