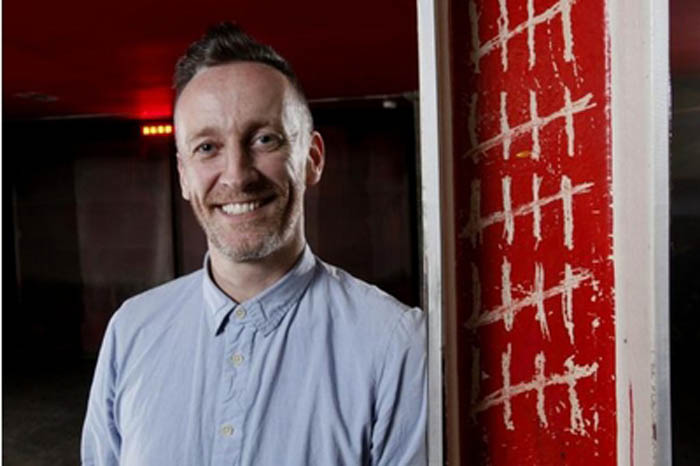 Image: Paul Crawford says it is unfair to imply clubs are complicit in drug use. Credit: Colin Mearns

It follows the death of 17-year-old Regane MacColl in the Arches nightclub in Glasgow earlier this month.

The teenager had taken what has been described as a “rogue” ecstasy pill. Police issued warnings about the red “mortal kombat tablets” after the schoolgirl’s death. Four other clubbers were also taken to hospital after swallowing the pills.

Current club owners, former club owners and drug experts claim the “war on drugs” is not working and are now urging a rethink of the law, a move towards decriminalisation and the provision of testing facilities in clubs so drug users know pills they are taking are safe.

Drug classification is reserved to Westminster, however, and the Scottish Government insists it has no plans to change the law if it wins the independence campaign.

Last night, police in London issued a warning to clubbers not to use a “bad” batch of ecstasy after at least three people were rushed to hospital with potentially life-threatening injuries after taking the substance. The clubbers are understood to have taken the party drug at a warehouse party in Beckton, east London, before falling ill.

Former Sub Club owner Paul Crawford, who worked at the Glasgow-based nightclub for more than 20 years and is now creative director with Scottish social media network Kiltr, says he wants drugs legalised, and for Scotland to follow the example of many European clubs which offer testing within the venue.

Crawford explained: “When something tragic happens there is always the drugs/clubs association, and it suggests that clubs are in some way complicit with drug misuse, which is very unfair.

“It’s a problem in society – it’s not just constricted to clubs. People go into McDonald’s and shoot up [heroin] and nobody wants to suddenly impose conditions on hamburger outlets. If drugs were legalised and there was quality control it would remove the criminal element and people would know exactly what they’re buying.

“When you criminalise something people don’t know that they’re buying and it’s a Russian roulette. If we want to be progressive in our society we have to look at legalising drugs. I don’t buy into the idea that it will cause a meltdown in society, and that it would open the floodgates and everyone would start going and taking lots of drugs.”

Crawford cited countries where drugs are legalised such as Portugal, where evidence shows that decriminalisation has not created an upsurge of people dabbling in recreational drug use.

“Sometimes people are not happy with their lives,” Crawford said. “They’re in a shitty job that they work all week and at the weekend they want to let loose. It’s escapism that goes right through from recreational drugs and into harder drugs.”

“You’re scared to put your head above the parapet because you’re worried that the authorities might take a dim view on your point of view and might make life difficult for you.”

Donald MacLeod, who owns a chain of Glasgow nightclubs including the Garage and O’Couture on Sauchiehall Street, is one of those willing to speak out and risk controversy. He agreed that the current system is simply not working.

MacLeod, convener of Glasgow’s Licensing Forum, the body responsible for passing the views of Glasgow’s residents on licensing issues to the council’s licensing board, said: “We have to move into that shock-horror area of legislation, and we need to be thinking whether there should be legislation, and look at ways of controlling products.

“We have to be more grown-up about it. We have to look at these options rather than disregard them. As it is, we’re not dealing with the problem and it’s wrong. I don’t think you’ll find anybody in the world of policing and law enforcement who will say that we can stop this from happening, so should we not have a more adult discussion about it?”

Testing services, similar to the new Wedinos service that has been launched in Wales have also been suggested. Wedinos allows people to send in samples of so-called legal highs for analysis and the results show whether the substance contains anything unexpected, thereby alerting people to potential risks before they take it.

David Liddell, director of the Scottish Drugs Forum, welcomed the idea, saying: “The notion that the problem of drug-taking can easily be dealt with purely through enforcement is clearly a bit wide of the mark. Wedinos has been portrayed as controversial in some circles but is another area which certainly should be explored as part of the approach to tackle drug use. Testing facilities are something we would certainly urge the government to consider.”

Jeremy Adderley, senior manager at Crew 2000, an Edinburgh-based charity which helps people with addiction problems, says the charity’s drop-in service gave advice to more than 40,000 people, and helped more than 1500 people in crisis across the country. It also regularly receives visits from children as young as 13, and last year more than one-third of people who visited were concerned with the use of legal highs – now a big problem, according to drug experts.

There are some 243 legal highs on sale worldwide. “Systems cannot move quickly enough to classify them, it’s not possible,” said Jeremy.

Often by the time a legal high is banned, backstreet chemists have tweaked the formula and slipped around legislation.

“These are substances with absolutely no history of human consumption, we don’t know anything about the long-term effects at all,” Adderley added.

“We can get an idea of what they do but they are completely untested in the human population so if you rapidly bring one to market and people like it, it can be out and about very quickly in large populations before anyone’s got a handle on what the risks are.”

Despite club owners and drug experts opening up the debate, the Scottish Government said it had no intention of moving towards legalisation – even if it had the power to do so. “The classification and control of drugs is reserved to the UK Government,” a spokesperson said. “With independence, responsibility for legislation on the classification of illegal drugs will also become the responsibility of the Scottish Parliament. This government has no plans to change drug classifications.”

Neil McKeganey of Glasgow University’s Centre for Drug Misuse Research, said he did not favour drug testing facilities in clubs, adding: “We have to be cautious … I think that those calls have a superficial and rather simplistic appeal.”