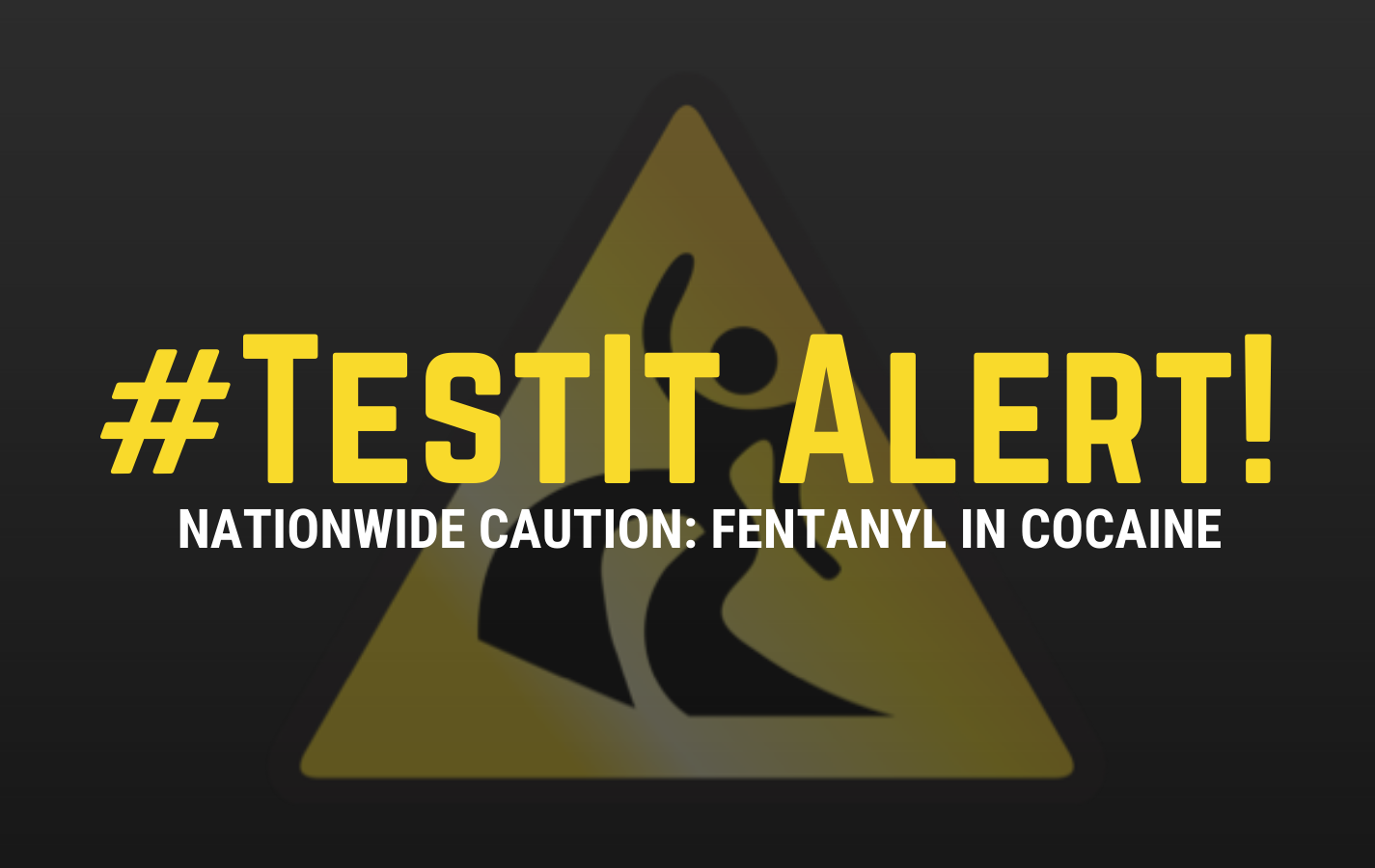 In the midst of a global pandemic, America remains entrenched in its opioid crisis, particularly in the context of fentanyl adulteration. However, it is widely assumed that fentanyl is only prevalent as a contaminant in illicitly purchased opioid-like drugs, a sentiment that often disincentivizes buyers from using fentanyl testing strips on drugs such as cocaine and methamphetamine.

We have received reports of three fentanyl-related overdoses from cocaine occurring in Georgia in the last week and a half, one fatal. Additionally, multiple DrugsData submissions (now several weeks old) have indicated the presence of fentanyl in cocaine in Massachusetts (specifically Lynn and Lowell, MA).

America is seeing nationwide spikes in fentanyl-related overdose deaths. Counties in Nevada, Colorado, Connecticut, and many others have released bulletins in recent weeks detailing steep rises in overdoses and fatalities related to fentanyl.

As a stimulant, cocaine is often not considered to be a likely candidate for fentanyl adulteration due to the opposite effects of the two drugs. However, due to fentanyl’s extremely low dosage range – doses as low as 250µg have the potential to cause overdose, with doses at 2mg or greater carrying a high risk – it is possible for accidental cross-contamination to occur between bags that are processed in the same facilities. Regardless of the cause of adulteration (premeditated or unintentional), the risk remains very much existent, and we urge our community to take all available precautions before consuming illicitly purchased drugs with this information in mind.

Additionally, COVID-19 has placed strain on America’s healthcare systems. For this reason, it is especially important to be cautious while ingesting drugs at this time, recognizing that emergency response may be slower and/or less equipped. Always call an ambulance in the event of a medical emergency, including circumstances where a bystander has administered Narcan in the event of an overdose.

Fentanyl is active in minute quantities, which has made it a nationally-recognized contributor to the opioid crisis due to its concentrated (and often accidental) presence in pills and powders. It is popularly believed that fentanyl and its analogs are fatal when in contact with bare skin; this is a myth that has been repeatedly dispelled through scientific channels. If you suspect that someone is overdosing on an opioid, you are not at risk of intoxication simply by touching them  or breathing the same air as them. Fentanyl and its analogs are absorbed through mucous membranes – an added layer of protection can be achieved by washing your hands after administering CPR on a person who has overdosed. Skin absorption would require very large quantities of fentanyl to be in contact with the dermis for prolonged periods of time (i.e. a fentanyl patch), or direct contact with a wound.

We urge our community to keep in mind that drug markets are expansive and that adulterated cocaine may appear anywhere. Using a reagent test kit can help provide a first line of defense as a presumptive (and not affirmative) process, and properly using fentanyl strips is becoming more and more important every day. Additionally, samples may be sent in to Erowid’s DrugsData project for in-depth laboratory testing. Test before you ingest to avoid taking misrepresented substances, and so you can adjust your intention, set, and setting appropriately to minimize risks. You can purchase fentanyl strips here.