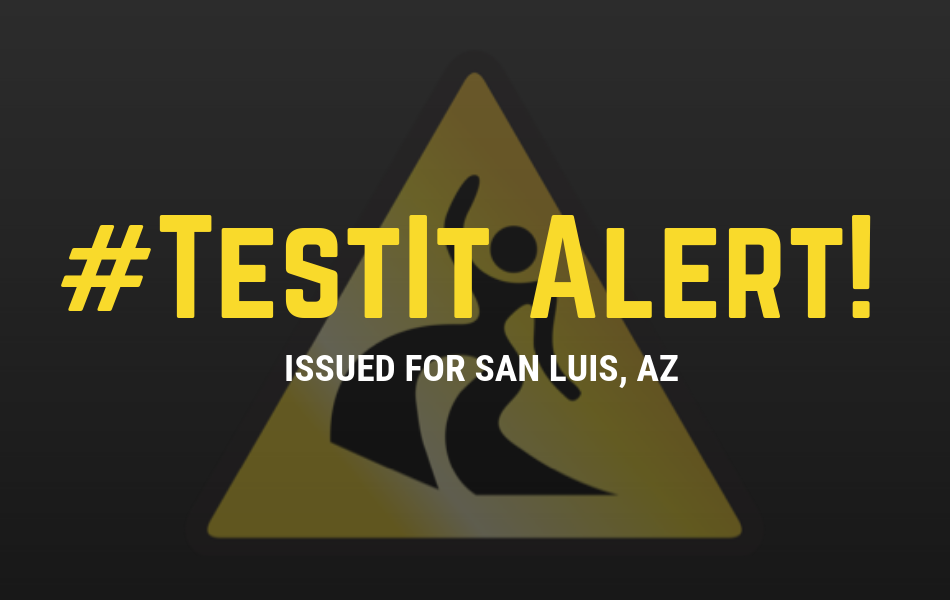 #TestIt Alert: Round light cyan pill with ‘M30’ stamped inside of a square on one side sold in San Luis, AZ as Oxycodone but actually contains acetaminophen, 4-Methylaminoantipyrine, fentanyl, and 4-ANPP 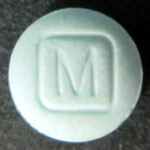 A light cyan round tablet with ‘M30’ in a rounded rectangular square on one side and a score line with a ‘30’ above it on the other was sold as Oxycodone in San Luis, AZ, but tested as acetaminophen, 4-Methylaminoantipyrine, fentanyl, and 4-ANPP. The sample was both sourced in and submitted from San Luis, AZ.

The sample did not react with Marquis, Mecke, or Mandelin reagents. Despite being sold as Oxycodone, an opioid that is frequently used for recreational purposes, the pill contains acetaminophen (Tylenol; anti-inflammatory and mild analgesic) as well as fentanyl (an extremely powerful synthetic opioid that has been responsible for numerous overdose deaths in recent years). Additionally, two metabolites of other drugs – 4-Methylaminoantipyrine (a metabolite of Dipyrone, a very popular non-opioid analgesic) and 4-ANPP (a metabolite of fentanyl) – were found in the sample.

This pill presents a very powerful combination of substances, all of which mimic traditional painkilling and sedating properties of opioids such as Oxycodone. The press and color of the pill are, likewise, intended to imitate existing prescription pills, which can cause a false sense of security in buyers. Substances not purchased directly from a physician are highly prone to adulteration.

Fentanyl adulteration has been responsible for tens of thousands of deaths in the last several years in the U.S. alone. It has been estimated that over 30% of opioid overdoses also involve the presence of benzodiazepines. The combination of benzodiazepines and fentanyl (as well as other opioids, and depressants such as alcohol and DXM) is particularly dangerous because of the phenomenon of respiratory depression, in which a person’s breathing is drastically slowed and reduced in effectiveness. Prominent respiratory depression (such as respiratory depression due to opioid and/or depressant overdose) leads to blue-tinted extremities from oxygen deprivation, loss of consciousness, and sometimes seizures. If you intend on consuming opioids, please use around someone you trust who can administer naloxone if needed.

If you believe that you are witnessing an opioid-related overdose, look for the following three symptoms: Constricted pupils, unconsciousness, and respiratory depression (identifiable by examining a person’s breathing patterns, depth of breath, and blue skin tint). Immediately call emergency medical personnel, and then place the person in the recovery position. If the person stops breathing, begin administering CPR right away. If it’s accessible to you, undergo training in Naloxone (Narcan) administration, and carry it on you at all times.

We urge our community to keep in mind that drug markets are expansive and that this adulterated Oxycodone pill may appear in places other than its source and submission location. Using a reagent test kit can help provide a first line of defense as a presumptive (and not affirmative) process. Additionally, samples may be sent in to www.ecstasydata.org for in-depth laboratory testing. Test before you ingest to avoid taking misrepresented substances, and so you can adjust your intention, set, and setting appropriately to minimize risks. You can purchase your DanceSafe test kit here.