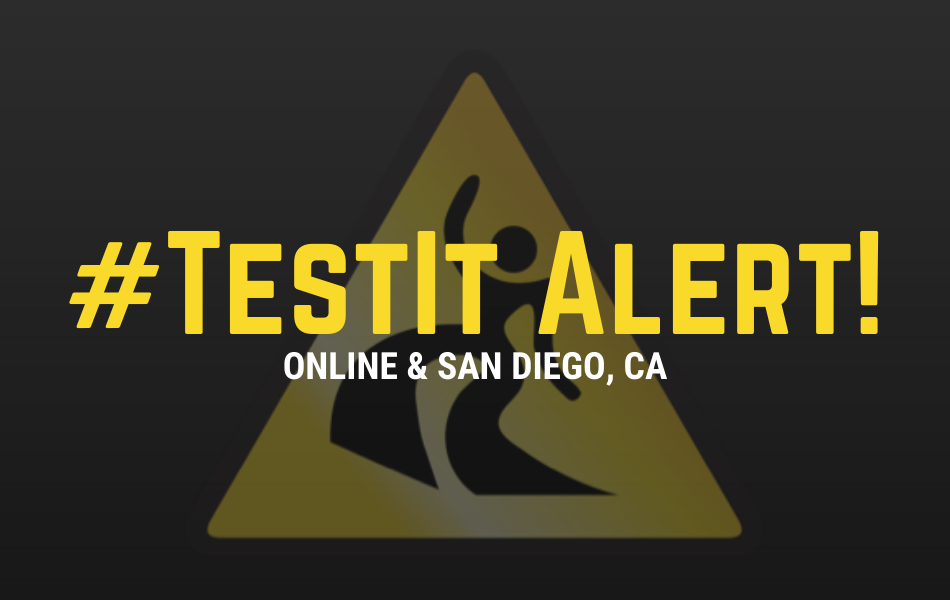 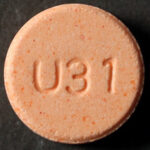 A round orange pill with “U31” on one side and two break lines on the other was sold online as Adderall (amphetamine) but actually contains exclusively methamphetamine. The sample was submitted from San Diego, CA to Erowid’s DrugsData project.

Adderall is a stimulant medication primarily prescribed to treat ADHD and narcolepsy. It is composed of amphetamine and dextroamphetamine, moderately powerful central nervous system stimulants that increase heart rate, blood pressure, cognitive focus, and overall stamina for approximately 3 to 6 hours (instant-release, or IR) and 8 to 12 hours (extended-release, or XR). Adderall is typically prescribed in 10, 20, or 30mg doses. Higher doses of Adderall may lead to jaw clenching, pupil dilation, and tachycardia (fast heart rate).

Similarly to Adderall, methamphetamine is a central nervous system stimulant; however, it is far more potent than amphetamine due to its longer mechanism of action, which allows it to continuously exert its effects over a longer period of time. Unlike amphetamine, is known to be highly neurotoxic at recreational doses. Chronic methamphetamine use leads to degradation of grey matter in the brain, as well as both dopamine and serotonin axons. Additionally, methamphetamine lasts 6 to 18 hours, significantly longer than instant release Adderall/amphetamine. Methamphetamine may induce significant sexual arousal, hyper-concentration and hyper-stimulation, substantial increases in heart rate and blood pressure, feelings of grandeur, feelings of confidence, and notable cravings upon comedown. Methamphetamine is more likely to induce psychological dependence and establish addiction pathways than amphetamine.

Due to these differences in risks and effects, informed consent is essential prior to consuming methamphetamine, which may cause unexpectedly intense heart rate and blood pressure, inability to sleep or relax, and a significant crash or hangover. Long periods of wakefulness can cause changes in cognition that may become dangerous. Methamphetamine is a powerful releasing agent of norepinephrine and dopamine that can lead to neurotoxic and powerfully reinforcing effects. While both amphetamine and methamphetamine have the potential to induce neurotoxicity and create cycles of problematic or chaotic use, amphetamine is not known to be neurotoxic at prescribed doses, while methamphetamine’s neurotoxicity profile is decidedly riskier. It should be noted that for all amphetamine-type substances (including MDMA), a person’s body temperature is a significant indicator of the risk of neurotoxicity and potentially life-threatening effects.

The illicit market for pharmaceutical substances rarely produces pharmaceutical-grade products, meaning that substances like stimulants, opioids, and benzodiazepines are extremely prone to high levels of misrepresentation if purchased from any source that is not a pharmacist. Research chemicals and other unexpectedly powerful drugs are often substituted for drugs like amphetamine and alprazolam. When purchasing pharmaceuticals on the illicit market, testing is of exceptionally paramount importance.

We urge our community to keep in mind that drug markets are expansive and that this adulterated Adderall pill may appear in places other than its source and submission location. Using a reagent test kit can help provide a first line of defense as a presumptive (and not affirmative) process. Additionally, samples may be sent in to www.drugsdata.org for in-depth laboratory testing. Test before you ingest to avoid taking misrepresented substances, and so you can adjust your intention, set, and setting appropriately to minimize risks. You can purchase your DanceSafe test kit here.