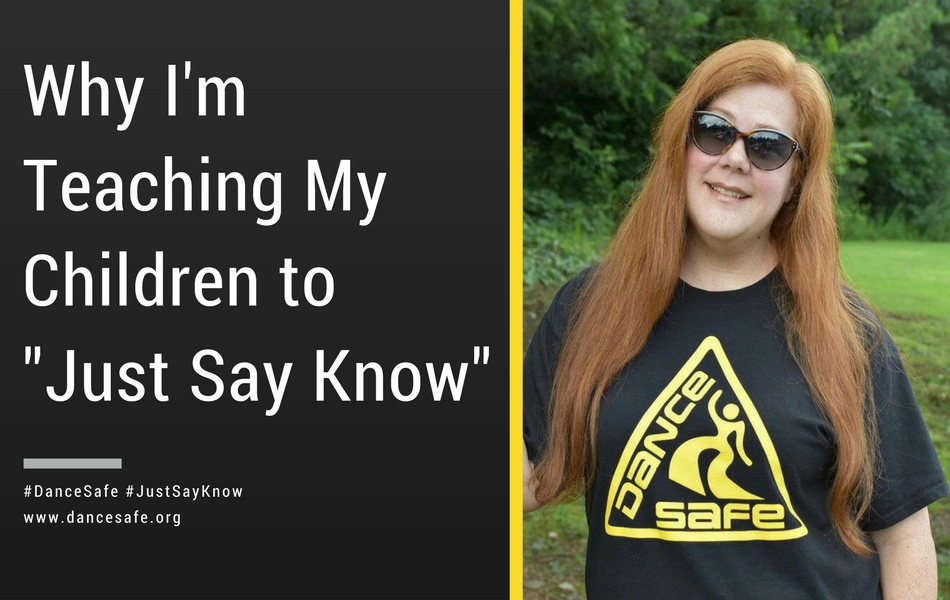 Why I’m Teaching My Children to “Just Say Know”

I was in elementary school when Nancy Reagan first told kids to “Just Say No”. In between our afternoon cartoons, my friends and I saw Public Service Announcements that showed us what our brains would look like on drugs.  By high school, some of the kids in my school had been daring to just say no for over a decade. We were going to pep-rallies encouraging us to abstain from drug use, but many students were regularly using alcohol, cigarettes, marijuana, psychedelics and/or MDMA. It didn’t matter what the curriculum taught about the virtues of staying drug free or what fear tactics were used, plenty of kids experimented or became regular users anyway. They left high school for college and wandered out into the world of underground raves and clubs armed with a whole lot of misinformation and no tools to reduce the potential harm that could come from the risky behaviors they were engaging in.

Fast forward another couple of decades and not much has changed with regard to educating kids about drug use and abuse. There’s even talk of reimplementing the failed programs of the past. At a time when it has never been more dangerous to experiment with drug use or to be a recreational user, giving our children anythings less than the facts is negligent.

As a DanceSafe volunteer who is also a parent, figuring out how to talk to my kids about drugs is something I think about frequently. I meet young adults all of the time who come to festivals and choose to consume without being fully aware of the potential risks involved. I’ve seen first hand how a simple conversation, in a judgment-free space, can convince someone to engage in safer practices.

Not all of the people going to an event for the first time make it to the DanceSafe booth to get information or to get their substances checked by one of our volunteers. Many of them don’t even have a festival family or an experienced group of friends to look out for them and warn them of the dangers of misrepresentation. Or tell them what can happen if you mix certain substances. Or remind them to hydrate and take cool down breaks. Some of these kids get hurt. What if someone had educated them at an earlier age?

My sons are going into middle school very soon. They’re going to be around kids who are thinking about experimenting with or have already experimented with alcohol or other drugs. The best way my husband and I can keep them safe is by arming them with the facts. At this point, we’ve shown them the DanceSafe info cards, talked to them about why people consume certain drugs and explained the risks involved with each one. We’ve talked to them about the differences between addiction and recreational use of alcohol and other drugs. They know that any drug use comes with inherent risks.

The reality is one or both of my children will likely experiment with drug use (alcohol or otherwise) at some point. Even if they don’t, they will certainly know people who do. If there’s any chance of making sure my kids and their friends make it through middle, high school and college relatively unscathed, I can’t simply dare them to “just say no to drugs and alcohol.” I’ve got to teach them to Just Say Know. As they say, knowing is half the battle.

Want to support Georgia DanceSafe directly? Contact Melissa at atlanta@dancesafe.org and/or check out their Amazon wish list for supplies.

Interested in taking a reality-based approach to educating teens? Check out this guide.