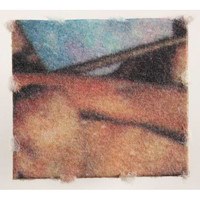 DOB, first synthesized in the late 1960’s, also has a long history of being misrepresented as LSD. DOB has a reported duration of up to 18 hours and is also known for its low doses. Users should remain patient while waiting for the onset of the substance as it may take up to 3 hours. Take caution and do not accidentally redose thinking you have not consumed enough.

As always, it is recommended that individuals who choose to consume substances first engage in drug checking before ingesting a substance. Reagent drug checking is a great first line of defense against highly adulterated and misrepresented substances. In a scenario in which DOB was misrepresented as LSD on blotter, individuals would be able to avoid ingestion by first testing the blotter with an Ehrlich reagent which only reacts with the presence of indoles (not present in DOB). Individuals interested in getting an Ehrlich reagent can do so here.