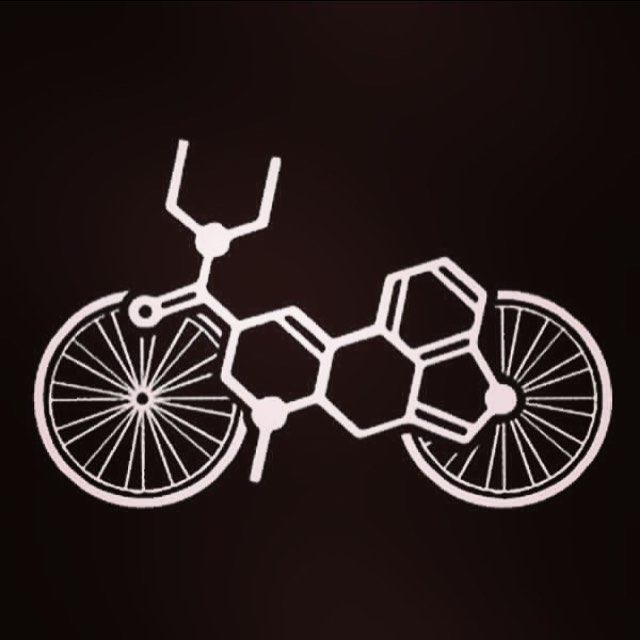 It was a November day in 1938, when Swiss chemist Albert Holfmann created his twenty-fifth lysergic acid combination for pharmaceutical giant Sandoz. Although the experiment animals became highly excited during testing, this particular synthesization did not spark any interest from the pharmacologists and physicians because it did not stimulate circulation and respiration. He moved on with his ergot research.

For five years, Holfmann perpetually thought about his “problem child.” On April 16, 1943, in the middle of the work day, and in the height of WWII, Holfmann finally decided to resynthesized LSD-25.  “I did not choose LSD; LSD found and called me,” he later told confidants.

Absorbing a bit through his fingertips during the final parts of synthesization, Holfmann had to leave work early to go home, where he “sank into a not unpleasant intoxicated-like condition, characterized by an extremely stimulated imagination.” Curious about these effects, he intentionally dosed himself three days later on April 19, 1943 with 250 micrograms of lysergic acid, nearly three times the amount of most modern LSD blotters.

Holfmann’s experiences on his bicycle ride home from the laboratory is what is now celebrated every April 19th as “Bicycle Day.”

In the years to follow, Holfmann continued his LSD research informally and privately with two of his closest friends. “I did this,” he later wrote, “in order to investigate the influence of the surroundings, of the outer and inner conditions on the LSD experience. These experiments showed me the enormous impact of—to use modern terms—set and setting on the content and character of the experience.” Set and setting is still an important tool in psychedelic harm reduction.

LSD has impacted some of the most influential people in modern history, including Steve Jobs. In the 1950’s it was used by psychiatrists, therapists, and researchers as a treatment for alcoholism and for anxiety and depression in people with advanced stage cancer. In 1953, and for many years after, the CIA used LSD on unsuspecting human subjects in their brain control program, “Project MKUltra.”

Today, research by the Multidisciplinary Association of Psychedelic Studies is showing the same promises LSD showed in decades prior, and is now used in microdoses by young professionals in silicon valley to enhance creativity. Advanced fMRI technology has produced groundbreaking images of the effects of LSD on the brain, again showing that LSD has therapeutic potential. Exactly 74 years after its debut to the world, LSD has slowly garnered mainstream attention that is, for once, based in science.

Celebrate safely, and if you are one of the many who will consume LSD on this day, consider purchasing a discounted test kit using code “thanksdoc.”